Jeremy Hunt urges everyone to do something really risky today

THE health secretary has urged Britain to climb ladders, operate power tools and cross roads without looking for the next two days.

Jeremy Hunt wants everyone indulge their reckless side, such as drinking lots of alcohol before operating heavy machinery.

He added: “Aren’t we all sick of not touching a circular saw just to see what it feels like? I know that when I and my friends used to play chicken in front of Inter-City 125 trains it made us all feel so alive. Apart from Peter. Poor Peter.

“For the next two days, forget the namby-pamby nanny state. I want to see fingers in plug sockets, roller-skates at the top of stairs, and when you see the building you’ve always thought you could scale, go for it.

“Don’t be afraid of dying. That would actually help me quite a lot.”

Man who brought own shopping bag wants a f**king medal 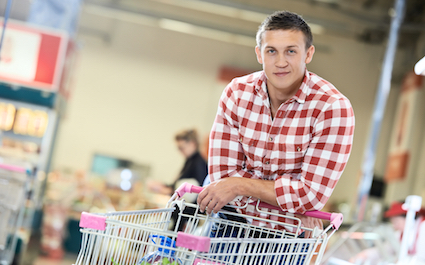 A SHOPPER who brought a bag from home expects to be treated like a hero.

Tom Booker politely declined the cashier’s offer of a plastic bag at Sainsbury’s, pointing out his cloth bag with a satisfied smile.

Booker said: “Saving the planet is about everyone doing their bit, and everyone else noticing that and praising them.

“By refusing to accept an environmentally destructive plastic bag, I’m pretty much the same as those people who scrape the oil off of puffins.

“I also signed a petition once about fracking.”

Cashier Donna Sheridan said: “I asked if he wanted a bag and he just pointed to his Greenpeace tote, like that makes up for him buying a load of a raspberries from Ecuador.”

She also confirmed that Booker came back for a plastic bag when he noticed it was raining.