EXTREMELY low standards in your choice of partner are the key to a good sex life, it has been claimed.

The Institute for Studies found that men who sought out exciting sex with attractive partners had much less intercourse than those whose goal was merely to empty their seminal glands into anyone.

Similarly, women who expected romantic evenings followed by considerate lovemaking had considerably less sex than those who opted for copulation in a nightclub toilet to the sounds of DJ Otzi and the person in the next cubicle having a shit.

Professor Henry Brubaker said: Our research showed that a desire for enjoyable sex led to less sex, or even no sex at all. This is what scientists refer to as the Munters Paradox.

Conversely, showing no discernment whatsoever can lead to an extremely active sex life with a large variety of partners, if you can keep your dinner down.

Professor Brubaker said that to enjoy the fullest possible sex life, men and women also needed to overcome their aversion to repellent personalities.

He said: To maximize sexual opportunities we must be willing to overlook behavior such as fart-smelling, the use of the term Paki shop and being Edwina Currie.

However, in extreme cases a potential sexual partner can cross what we call the Kyle Threshold, whereby gross obesity, intense stupidity and a seemingly random placement of teeth makes any form of sexual attraction impossible.

Anthropologist Tom Logan said: Mankind is torn between the primal urge to reproduce and societally established norms of attractiveness, which is probably why I did that girl at Ritzys who looked like Ricky Gervais with tits. 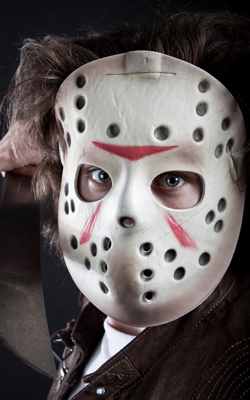 INSPIRING Melanie Phillips has overcome potentially debilitating horribleness to pen an article about the Paralympics.

Phillips, who has been horrible since the age of 12 when a tragic fall from the roof of a leisure centre damaged her soul, wrote around 1,000 words on the Paralympics, successfully overcoming the urge to go into her garden and feed mercury-laced worms to baby birds.

But her achievement has raised inevitable questions about whether horrible people like Melanie should continue to receive handouts from national newspapers.

Tory backbencher Denys Finch-Hatton said: “There has existed a stereotype of horrible people like Melanie as being incapable of meaningful work.

“Because they’re always thinking about microwaving puppies or cutting ambulance brake cables, they are believed unable to focus on proper jobs and fall back on media donations in exchange for the occasional burst of vitriol.

“But if you read Melanie’s latest work, the spelling and punctuation are fine and the use of full sentences suggest she did not become overwhelmed and start hitting the keyboard with her forehead.”

A spokesman for the Federation of Horrible People and Dreadful Fuckers said: “We must not use Melanie’s achievements as a political tool.

“She faces innumerable daily challenges, not least that most of the things she really wants to do are illegal.

“Of course I don’t really give a shit about her, I’m horrible. I’m just being selfish.”