A MAN with thinning hair has moved through the denial and anger stages and is now attempting to bargain with the cosmos.

Stephen Malley, aged 44, first noticed the light bouncing off his scalp in October and immediately plunged into denial, convincing himself it was merely bad lighting and seeking out mirrors that would not lie to him.

That turned to rage as he ranted about the unfairness of it, particularly focusing on those friends yet to lose a single hair and his desire to rip their hair out and take it for his own.

Malley has now slipped into bargaining, and said: “Okay, this is happening. And I’ve decided I’ll do anything to stop it and reverse this effect. And there definitely is a way to do that, right?

“Whether I have to change my diet or stop drinking or buy that caffine shampoo that I always sneered as a last, desperate hope of the balding, I’ll do it. But not one more strand can go. That’s the deal.

“Please, please, let this work. I can’t even grow a beard to make baldness look like an intentional hipster choice. Not that anyone ever believes it’s a choice.”

Wife Kelly Malley said: “It’s depression next, then acceptance. Meanwhile I’ve got a whole menopause to go through so forgive me if I’m not too f**king sympathetic.”

Next nostalgic Tory policy is bringing back food rationing 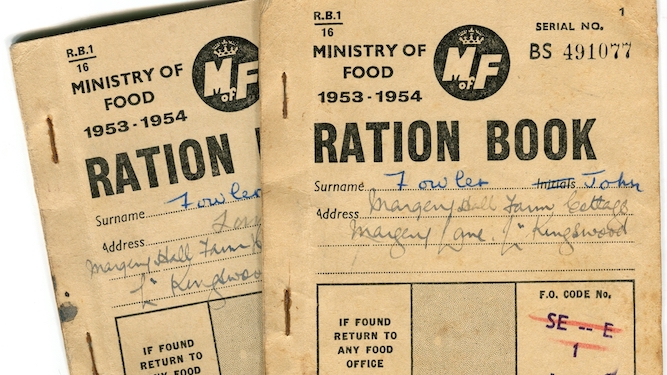 AFTER the Boomer-delighting return to imperial weights and measures the government plans to bring back good old food rationing.

The return to the happy wartime system of showing your ration book to obtain sugar, butter, flour and other consumer goods will be brought in after Jubilee celebrations while the country is drunk on patriotism.

A Home Office source said: “The cameraderie of queuing along ruined streets, wearing a floral pinafore, clutching a voucher for a half-pound of lard, is exactly what Britain needs right now. And food.

“We’re also a bit short on that, so for once pushing all our aged voters wartime nostalgia buttons and sensible policy line up perfectly.

“Clearly we’re onto something here, so next month we shall be re-introducing housewives scrubbing front steps, sparrows that peck through the foil lids of milk bottles, and also send your children to the train stations. They’re needed in the countryside, to work.”

Margaret Gerving, aged 79, said: “Rationing was our finest hour. We lost the weak to rickets, lost the empire to foreigners and were all one big, happy, hungry family.

“Also I think the government should bomb major cities and draft the young.”