A MAN is heading off on lunchtime runs as if he is training to join the Royal Marine Commandos even though he works in an office.

Steve Malley, aged 27, is neither a member of an elite fighting force nor a professional endurance sportsman but still sets off grim-faced for a run at 12pm like he is proving something.

He said: “Yeah sure, I could sit around at lunchtime stuffing my face with crisps and gossiping like the rest of these schlubs.

“But what can I say? I love to feel the burn. And my body thanks me for it.

“If one day, shortly before lunch, I receive a call telling me my family are being held hostage in a farmhouse 30 minutes away, the roads are being watched and I need to get there and save them, I could make it. Can anyone else here say that?”

Colleague Helen Archer said: “What’s he going to do next, put a rucksack full of bricks on first? Smear his face in animal droppings and hide in a hedge?

“Maybe he could use some of his gritty determination to have a shower after the run. It would make our afternoon meetings far less pungent.”

Tory conference breaks record for most bastards in one place 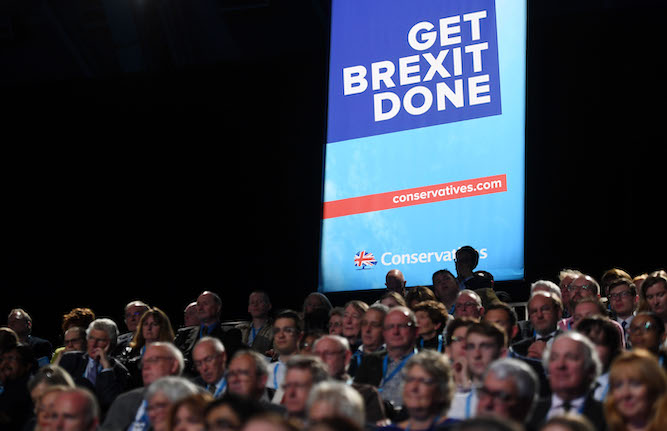 THE Conservative party conference has won a place in the Guinness Book of Records for fitting the largest number of total bastards into one location.

Officials have confirmed the 11,000 Tories at the Manchester Central Convention Complex is the largest collection of absolute arseholes in a space that size.

A Guinness spokesman said: “They really made an effort. They’ve got every type of arsehole, from scheming ministers to horrible old couples from the shires who are still sad about the end of apartheid.”

Delegate Norman Steele said: “As a wealthy retiree whose life is a routine of lawn-mowing and petty boundary disputes, the highlight so far has been complaining about breakfast at my hotel because they wouldn’t let me have seven sausages.

“Besides that I just enjoy being with like-minded people who love Brexit and still describe women as ‘crumpet’.”