Man pretending exercise regime not about getting laid

A MAN is claiming that his exercise regime is about something other than sex.

25-year-old office worker Tom Logan pretends that he visits the gym for health reasons: “My goals are to maintain joint flexibility and reduce the risk of heart disease in later life. It’s definitely not to get big muscles so women will have sexual intercourse with me.

“I just want to be healthy, and what better way to do that than by exercising only my chest and biceps with massive weights while guzzling spoonfuls of synthetic protein out of a tub.”

Personal trainer Martin Bishop said: “To achieve his actual goal of regular heterosexual intercourse, I advise Tom combines obsessive bench pressing with a dangerous cocktail of steroids, and attends a yoga class where he is the only man.

“Also cage fighting could be good because it’s really macho and some women like going out with psychos. However it can be harder to pull if you’ve had your nose bitten off.” 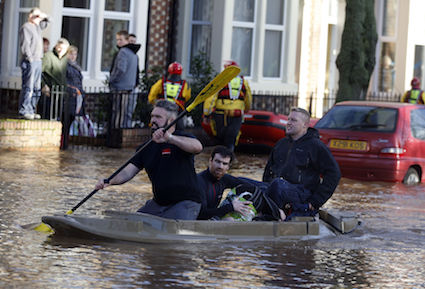 BRITAIN might think about constructing proper flood defences, but only if the country is somehow flooded again next year.

Ministers insisted it would be foolish to commit to flood defence projects as this year’s heavy rain could well be the last time it ever happens.

A spokeswoman said: “These kind of hi-tech flood defences are for effeminate continental types. Your typical Dutchman is terrified of water and cowers from it like a tiny kitten.”

She added: “Most British people want a huge amount of water in their living rooms. They see it as their birthright.

“They love to dump their sodden furniture in the street as if to say ‘fuck you nature, this is Britain and you’ll have to do better than that’.

“And surely the best thing about being old in this country is that magical day some policemen heave you onto a motorboat that’s floating in a bus stop.”