A MAN who says he will not be forced into being vaccinated is furious that his spare dose might be given to someone in a migrant centre.

Norman Steele, 62, has made a massive drama about not wanting the vaccine, and an even bigger fuss after discovering that the government was offering it to undocumented migrants.

Steele said: “I won’t be told what to do by anyone, especially not being injected with something my mate Barry on Facebook says is dodgy.

“But that doesn’t mean my dose can be given to an illegal immigrant. If I’m not using it I want it to be poured down the sink, preferably while I watch.”

Steele’s weary wife Susan said: “Norman says the vaccine contains a microchip that Bill Gates will use to track him, even though he only ever goes to Morrisons and back.

“This being the case, you’d think he’d be all for illegal immigrants being easy to find and ‘sent back to where they came from’ as he keeps saying.

“But then a lot of what Norman says is total bollocks. I just ignore him.” 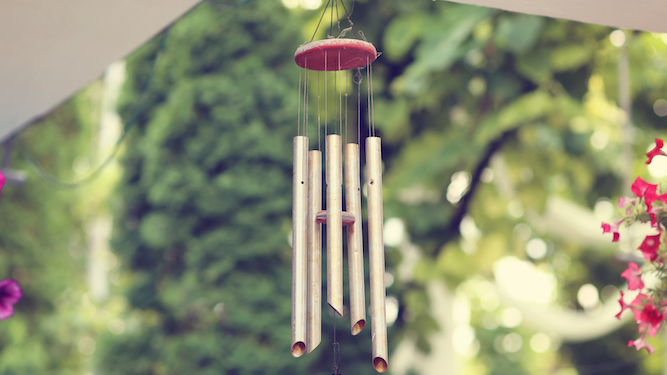 DO you want to passive-aggressively annoy your neighbours without doing something obviously twatty like playing loud music? Here’s how to sneakily piss them off.

Hang up lots of wind chimes

The sound of a wind chime is either irritatingly twee or creepily sinister, depending on whether it’s day or night. Either way they’re shit, but if your neighbours complain they’ll look like the worst kind of petty killjoy, so they’ll just have to put up with them.

Get a noisy car

Having a nice car with a big engine isn’t a crime, but it’s deeply annoying if you turn it on at 6am and then sit on your drive for several minutes and maybe rev the engine for no reason. You’ll be hated even more if they’re eco-conscious types who ride bicycles everywhere.

Your neighbours will pretend they’re delighted about your cute little bundle of joy. They’re lying, of course, as they’ll have to put up with the various noisy stages of living next door to children, from nighttime crying to garden-based shrieking to teenage arguments.

If your neighbour relies on you to know when to put their bins out, you can really f**k with them by changing your timetable and putting the recycling out on the wrong day. Extra points for stealing their boxes and denying all knowledge.

It will be obvious if you train a dog to shit on their garden but cats are little poo ninjas. It’s unlikely they’ll ever be able to prove it was your feline friend crapping in their flower beds, especially if you pretend to get all defensive and insist Bootsie only uses a litter tray.