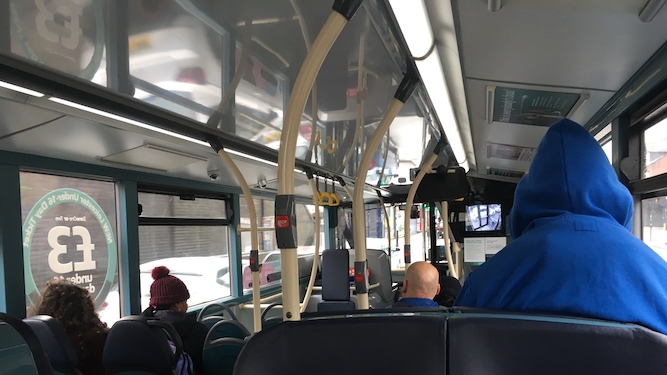 A MAN on the bus with a slight cough is being stared at by other passengers like a survivor of the zombie apocalypse hiding a bite.

Tom Logan of Birmingham has no fever and only an occasional wet cough, but is still being glared at by passengers like they are ready to slit his throat for their own collective good.

He said: “I’m a bit chesty, sure. I haven’t got the coronavirus. I feel fine. I’m not wearing this coat to hide a suppurating bite on my forearm which will turn me into a mindless killer before we reach Smethwick.

“Okay, I did have Chinese food last night, but that’s unrelated. I’m fine. Honestly I’m fine. Please stop looking at me like that.”

Fellow passenger Emma Bradford said: “If he has to be taken out with a shotgun blast to the chest then I’m totally fine being the one who has to do it.

“He should really volunteer, and thank us. We’re saving him as much as anyone. We haven’t got a choice.”

Socially distanced St Patrick's Day: how to have COVID-19-free craic 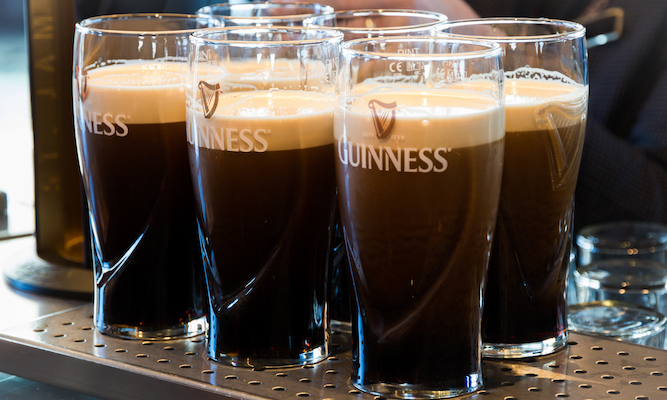 ST PATRICK’S Day without pubs, inflatable shamrock hats and drunken en masse singing of the Pogues seems impossible. But here’s how to keep the craic coming at home:

Guinness has to be medicine, otherwise why would it taste like that? Likewise, whiskey definitely gives your insides an anti-bacterial shield, so drinking as much as possible is a saintly act that Patrick himself would salute.

Brew your own poteen

Britain is days away from becoming a nation of moonshiners. Make your own stout using cheap lager and Marmite. If you can only get English whisky, turn it into anti-bacterial hand lotion so it’s not a complete f**king waste of barley.

The veg aisle is the only bit of the supermarket where people aren’t brawling, so bulk buy potatoes in an act of national solidarity. Or start a fight in the shop, because you won’t be able to have one at pub closing time and can’t bear having your traditions eroded.

The Irish love sitting at a wizened old man’s feet while he spins a yarn. Get an elderly relative on Skype and they’ll just automatically begin banging on about the old days when they had nothing but were blissfully happy all the time.

Have a good old sing-song

Join our continental neighbours by blasting out classics by U2, Daniel O’Donnell and B*Witched from your windows. If some f**ker tries to start a chorus of West Life’s You Raise Me Up, complete with key-change stool-rise, you are allowed to break social distancing rules to beat the shit out of them.

Just watch Boris Johnson’s press conference from last night and this one will come naturally.