THE milk we buy in supermarkets is straight from the tits of a cow, it has been claimed.

Following rumours about milk’s origins, food industry investigators visited a dairy in Gloucestershire, only to find it was full of cows.

Public health advisor Roy Hobbs said: “The cows had things attached to their tits that were sucking the milk out.

“It was the most mental thing I have ever seen.”

Grocery buyer Eleanor Shaw said: “I’ve heard the claims, and I don’t believe them. If milk was from a cow’s tits it would taste of beef.

“I’m very picky about what I feed my kids, and I refuse to believe that what they’ve been having with their porridge has been inside a cow. How would you even get it out?”

Sales of milk have fallen significantly since the release of the report, which also claims that rump steak comes from a cow’s arse.

Don't look too human though, May told 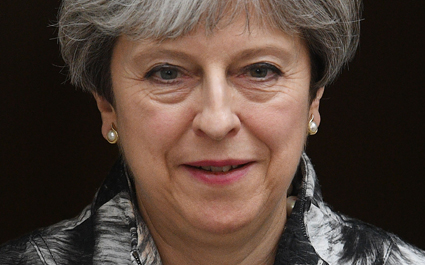 THERESA May has been told to look slightly human but not too much.

Following the obvious humiliation of orchestrating one of the biggest fuck ups in human history, Tory advisors have warned the prime minister to look ‘as if there are some emotions going on’ but ‘not too many’.

A Conservative party source said: “Throughout the election Theresa had the emotional depth of a slice of wet ham, but to be honest the ‘bewildered and scared’ look isn’t doing her any favours either.

“According to data, voters don’t support those they pity. Look at Ed Miliband.

“So we’ve tweaked her programming slightly. The dial is now set halfway between ‘Terminator’ and ‘Mary Poppins’.

“She can smile, wave and make tough decisions but she won’t be singing any songs.”