MIDDLE class people looking to get "off their tits" should give up wine and smoke drugs "like everyone else", health minister Caroline Flint said last night.

According to the minister too many middle class people are having quiet suppers at home with fine wines instead of opening up their houses for mass drug benders.

She said these "problem drinkers" would be far better off if they smoked "da bong" with a load of strangers and eat ten rounds of cheese on toast at four in the morning.

Ms Flint said: "We as a government are committed to stamping out anti-social behaviour, and there is nothing more anti-social than having a few of your posh friends round for a simple rustic supper and a three or four bottles of good Chianti.

"Middle class people have the best party houses with loads of space for dancing and lots of bedrooms. Yet all they ever use them for is these polite dinner parties, and the occasional bit of coke snorting.

"We want to make it socially unacceptable for the middle classes to sit about getting quietly merry on their own in their big houses every night.

"They should either be drunk out on the streets being sick like most normal people, or inviting everyone back to theirs to get totally laid out on some quality skunk." 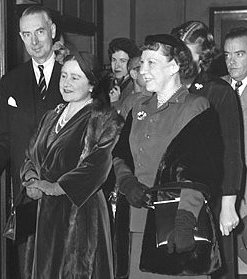 CHANNEL 4 is to follow up its controversial Diana documentary with footage of the Queen Mother eating an absolutely gigantic sausage.

Despite protests from Buckingham Palace, Channel 4 said it had a decided to press ahead with the screening because it was "incredibly lucrative".

TV insiders say archive film of the Queen Mother eating a gigantic sausage will net Channel 4 around £750,000 for a 20 second advert.

Producer Jeremiah Johnson said: "I'm sure some people will say it is a gross intrusion, but they're not married to my wife and her fucking John Lewis catalogue."

The 60 year-old footage is one of the highlights of I Never Had a Banana, a three part documentary on post-war rationing, presented by Professor David Starkey.

The film shows the Queen Mother devouring 8ft of grilled Cumberland sausage during a visit to Carlisle in 1947.

Johnson added: "It's a hell of a sight. She's standing next to the local mayor throughout the whole thing and after about five minutes, if you look closely, you can see his wife fainting.

"After another 10 minutes of solid eating she releases some trapped gas and waves to the crowd, but all they can do is gasp in astonishment. It's part of our heritage."