A MORON who was uninterested in getting the Covid vaccine to protect himself and others has had a change of heart after being offered a free double cheeseburger.

Dimwit Joe Turner, 26, said the lifesaving properties of the vaccine had failed to incentivise him into not being hospitalised or dying.

However, a new government scheme offering free takeaways and Uber rides to vaccine recipients prompted a radical change of his position.

Turner said: “When I was first offered the vaccine I didn’t really see the point in it. I’m young and reasonably healthy, so I didn’t understand what was in it for me.

“But then a mate told me the government would give me a free McDonald’s if I got it – so I’m starting to come round to the idea.”

Fellow idiot Roy Hobbs was also previously unenthused by the idea of vaccination.

He said: “I’d seen a bunch of scary stuff on Facebook about it having a microchip or messing about with your DNA – so I was pretty worried about putting that stuff in my body, to be honest.

“But then I saw I could get a free kebab so I booked my first jab for later this week.”

'What are you thinking?' and five other questions boyfriends never ask 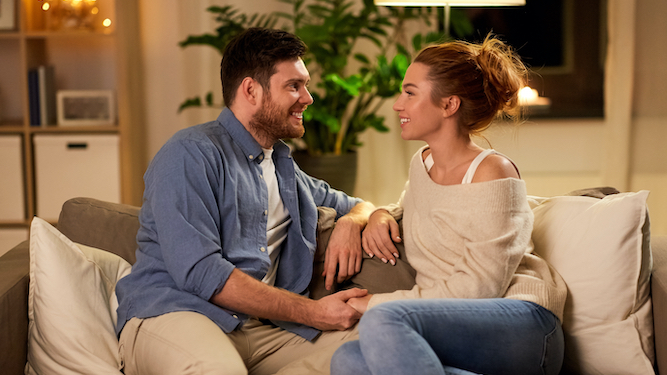 DATING a progressive and thoughtful man? Convinced he’s not like all the other pigs? He still won’t ask these questions:

‘What are you thinking?’

Unless he’s exclaiming this question in furious disbelief as you try to fill up your diesel car with petrol, your boyfriend will never wonder what’s going on in your brain. That’s because he assumes your thought processes are as sporadic and sex-obsessed as his, with the odd blip where you wonder what Jason Statham’s up to these days.

‘Shall we visit your parents?’

Your boyfriend met your folks once two years ago, and is unlikely to request a reunion. If he does ask to meet up with them, it’s a huge red flag as he’s clearly trying to distract from some heinous crime. Dump him the second this question leaves his mouth.

‘Can I make it all about you tonight?’

A nice question, but fortunately never asked as your boyfriend learnt about sex through old issues of FHM, meaning you’d be in for an hour of awkward fumbling vaguely near your clitoris while he mentally pictures Carmen Electra. Much better to have a quickie and get back to watching Manifest.

Isn’t it my turn to clean everything?

Even though you make a loud performance of doing the hoovering, the washing up and the toilet bleaching, it will never occur to a boyfriend that he needs to help balance the scales. As far as he’s concerned, occasionally flushing the loo and talking about mowing the lawn counts as doing his bit.

‘Can we watch a Jane Austen adaptation?’

Has your boyfriend banged his head recently? Or does he mean Pride and Prejudice and Zombies? Because these are the only two reasons he would ask to sit through a film based on a Jane Austen novel. If he asks to watch Clueless then marry him instantly because the man’s got taste.