MUMMIES are very thirsty for their special Ribena in the afternoon, children have confirmed.

Youngsters have reported that often the grown-up fruit drink, which comes in a glass bottle with foreign writing on it, comes out of the cupboard as soon as mummy comes in and before she has even put down her car keys.

Eight-year-old Stephen Malley said: “Sometimes I say ‘what’s that’? And mummy says ‘it’s my special Ribena, now here’s your tablet computer, go away and play with it’.

“Then mummy sits in the kitchen staring out of the window, taking big slurps. Sometimes she will have a cigarette too but that is a secret.

“When I come back downstairs for my tea the special Ribena bottle will be in the recycling. It is empty because mummy has drunk it all.

“Sometimes mummy will have opened another bottle and drunk half of that one too.”

Seven-year-old Eleanor Shaw said her mother also likes special Ribena: “I can tell when mummy’s had some because she does her sleepy voice and is not as strict.”

Dog thinks dream about chasing rabbits must have deeper meaning 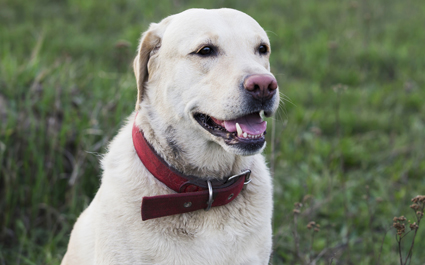 A DOG believes his dream about chasing rabbits must have some sort of deep hidden meaning.

Dog Stephen Malley had the vivid dream last night, during which his legs flailed wildly as he imagined being in a field with some rabbits, and then chasing them around for a bit.

Malley said: “What is the symbolism of those rabbits? Perhaps they reflect some sort of repressed puppyhood memory, or some sort of Freudian angst about losing my testicles.

Malley also described another recurring dream where he goes into a room which contains big baskets of chocolate and his other favourite treats, and then he eats them all.

He said: “Maybe the chocolate represents my mother, who I never really knew. Also I have this other dream about a big bone that is very juicy, then I wake up with slobber all over the manky bean bag I sleep on.

“Truly the workings of my dog mind have many deep and unexplored layers.”