THERESA May has flexed her political muscle by imposing a radical new lunchtime seating plan on her cabinet.

The parliamentary canteen’s red tables, a pair of which form a hexagon when pushed together, now have an entirely new layout putting Brexiters next to Remainers.

A cabinet insider said: “Last year we were allowed to sit where they liked because none of the girls want to be with Boris and everyone hates seeing Gove eat, but she’s asserted her authority.

“Justine Greening’s bitchy little clique’s been broken up, Hammond’s not allowed to bring in his own fancy continental food, and David Davis can’t reserve a seat for Rees-Mogg.

“We’ll all just ignore it after the first day, of course, and go back to where we were before.

“Poor cow. She’s only done it because she’s always sat on her own.” 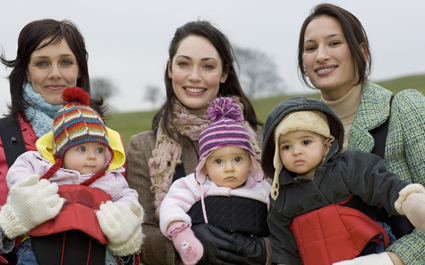 A GROUP of happy-looking new mothers in a cafe spent the morning exchanging experiences of labour so horrific they make Saw V sound like Mary Poppins.

The innocuous coffee morning rapidly became a harrowing symposium on blood, guts and episiotomies, much to the horror of their unsuspecting fellow diners.

Wayne Hayes was seated at the next table and says he is a changed man after overhearing one woman’s account of the 54-hour delivery of her 10-pound son.

He said: “I just came in for a chicken salad and to read the paper, but everything is different now.

“I’m going to call my mum straight away and talk to my girlfriend about getting an IUD.”

The women, however, completely failed to notice Logan as they were engrossed in a comparison of the differing degrees of tearing they had experienced.

The group took a brief respite from the gore for a heated debate about the gender dynamics in Peppa Pig, before returning to failed epidurals, forceps and how it feels when your kid draws blood while breastfeeding.