NEW laws to stop the spread of coronavirus have made loud music, singing, dancing, and any sound or facial expression signifying pleasure illegal.

The laws, which came into force at midnight on the advice of epidemiologists who never get invited to parties, mean that anyone in Britain who appears to be less than completely depressed will be arrested.

Health secretary Matt Hancock said: “The chances of you spreading coronavirus are far higher if you’re out enjoying yourself than sitting alone and miserable in an empty room. So we’re stamping it out.

“From now on, laughter is banned. Anyone laughing will be fined £10,000, and if you report your friends, neighbours or workmates for illegal cheerfulness you’ll get a £1,000 reward.

“Vans will patrol the streets, sensitive microphones trained on your windows. A giggle, a smirk, even a titter and your door will be kicked in and you’ll be dragged away and forcibly isolated.

“We’re saving this country from Covid if it kills the f**king lot of you.” 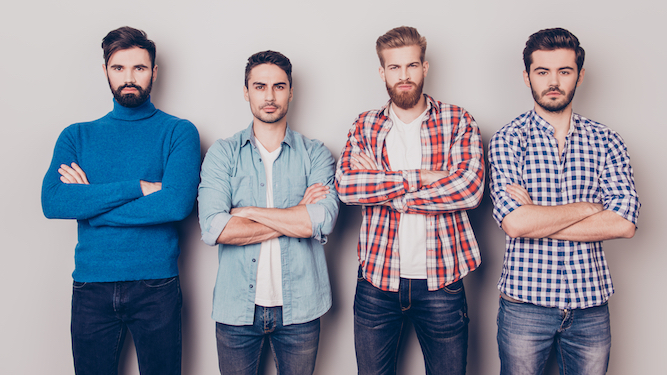 DO you love your mates but feel unable to tell them in case they somehow think you’re less of a man? Here’s how to express your affection in a masculine way:

Viciously insult them instead of saying ‘hello’

Approaching your best friend and saying ‘Alright, you f**king bollock-faced knob jockey’ is equivalent to saying ‘Hello, my most treasured friend.’ Don’t try it on your wife, girlfriend or female friends though, as it just doesn’t translate the same.

Say something nice about their car

Hug them whilst playing sport

It is acceptable for men to hug each other effusively when celebrating a sporting victory. Piling on each other after scoring a goal is for some reason fine, whilst in any other context it could be described as a ‘cuddle puddle’ and frowned upon.

Get drunk and punch them

The only other time men are allowed to touch each other is when they get pissed, have a massive argument about whether Sweet Child O’ Mine has a better solo than November Rain, then grapple each other. Whilst apparently violent, it’s actually just an opportunity to have an aggressively loving hug in the gutter.

Once a male friend has died, it’s totally fine to get sentimentally shitfaced and tell your other friends how much you loved him. You’ll have to wait until those other friends are dead to tell them you love them, though, or they’ll laugh at you.