Northern Covid spreading faster because it's hard as f**king nails

THE Northern version of coronavirus is spreading like wildfire because it is well hard and kicks shit out of your immune system, scientists have confirmed.

While polite, weak, soft-bellied Southern Covid is struggling to infect even pensioners, epidemologists have described the Northern strain as ‘no-nonsense brutal’ after incubating in bodies used to brown ale, chips with gravy and 20 Lambert & Butler a day.

Deputy chief medical officer Jonathan Van-Tam said: “Locking down the North while leaving the South alone might seem nonsensical to most.

“But believe me, when you’ve had this bastard ask what the f**k you think you’re looking at from the other end of an electron microscope you’d have no doubts.

“One cough and the Northern strain’s infected a whole pub. Meanwhile, its effete, well-mannered Southern counterpart struggles to pass itself on to anyone because it says ‘no, no, after you’ even to common colds.

“Alcohol-based hand sanitiser? This strain sucks it right up, belches and asks for more. And cold doesn’t affect it. We recreated a Newcastle winter in a petri-dish, and the virus was strutting around like it was on the Costa del Sol.

“We have to lock down the whole North. If this gets on a train to London with a few mates we are well and truly f**ked.”

You’re all really bad at this, says Nadal 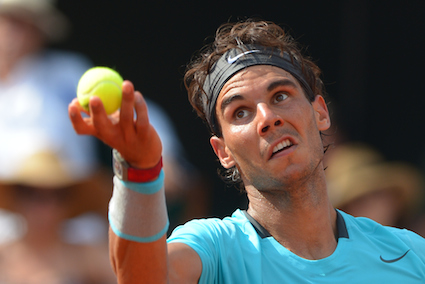 RAFAEL Nadal has accused his fellow tennis players of being pathetically bad at playing on clay.

After winning his 60th French Open, the Spaniard stressed it was not that difficult, before questioning his opponents’ basic intelligence and suggesting that they try a bit harder.

He added: “The only time I lose a set on clay is when I’m trying to work out exactly how bad my opponent really is. I been playing against people who claim to professional tennis players. It was like playing against children.”

He added: “I don’t even practice and I still find it incredibly easy. Maybe you’re all a bit dense. Can you not see the ball properly? Are you actually using tennis rackets?

“It’s a puzzle. The only thing I know for certain is that you’re all shit.”