NORTHERNERS have confirmed that they do not find London and the South-East’s tier 4 lockdown as Kent becomes a lorry park in any way amusing.

Across the North, from tier 2 Liverpool to tier 3 Newcastle, residents are certainly not smiling broadly as they watch the bits of the country that think they are so f**king special turned into an open prison on half-rations.

Bill McKay of South Shields said: “Aye. Tier 4, is it now? Had to invent a new tier for what a bunch of dirty bastards you are, did they?

“Well I can’t see how this has happened with your house prices. Did you tell the virus that? And the French? That your house is worth 800 grand in the commuter belt?

“Course, you’ve cancelled our Christmas as well, but that’s to be expected. Everyone suffers when you suffer. So don’t worry about us, we’re suffering alright. I’m grinning from ear-to-ear for another reason.

“Apparently all your roads are blocked, and you’re all stuck in your little bedsits for Christmas, and you can’t understand how this has happened to you. Haha. Sorry, I coughed.”

He added: “Why don’t you write one of your self-important whinging columns in one of your national newspapers about it? I’ll look forward to reading that.” 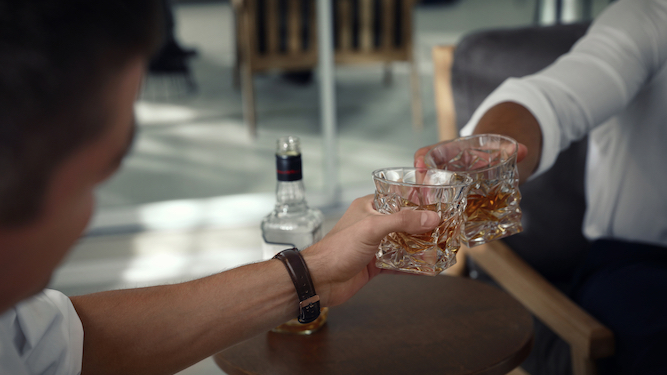 MEN across the UK are bracing themselves for pretending to savour a single malt whisky this week.

Males aged 16 upwards know that at some point a friend or family member will say something cringey like ‘Let’s have a wee dram’, followed by being made to ingest an eye-watering foul-tasting fluid.

Tom Logan of Hereford said: “We’re bound to end up at Gav’s one evening and he’ll say ‘Let’s get out the quality stuff’, like he’s a wealthy whisky connoisseur, not a skint 31-year-old who still scrounges money off his parents.

“Nonetheless it will be a fairly pricey bottle of Glenfiddich or similar. Gav will make a big deal of pouring a few glasses with religious reverence and pretentiously sniffing the toxic brew.

“Eventually we’ll have to drink it. The first sip will set my mouth on fire. Then the intense, scorching flavour, like waste from a battery factory, will burn my gums and taste buds causing permanent damage.

“Shamefully, instead of saying ‘This hurts, can I have a beer?’ we’ll all pretend to be really enjoying it like the weak, spineless excuses for men that we are.

“I’m going to say something like ‘Mmm, there’s a real peaty flavour, but almost a hint of vanilla too.’ I am pathetic.”