THE UK has woken up to the fact that the coronavirus is here and happening and this is likely to be very bad.

As new cases are reported around the country, Britons are beginning to understand that a deadly pandemic may be more than just something for them to make amusing memes about.

Eleanor Shaw said: “It was in China, and in a bit of China I’d never heard of. So it was fine to follow it like I was binge-watching a Netflix series, because it wasn’t really real.

“But then it reached Italy and now it’s almost certainly reached Britain and the government’s too inept to do any lockdowns or anything and the NHS is in a bad way and I think we all might be f**ked.

“Apparently only about 19 per cent become seriously ill, which seemed reassuring when it was the Chinese but is absolutely terrifying now it’s me and everyone I know.

“Why isn’t the government telling me it’s all Project Fear? Why are we having a pandemic and a financial crash at the same time? Also, apparently climate change is real now.

Waitress listening to woman's allergies muttering 'Jesus' under her breath 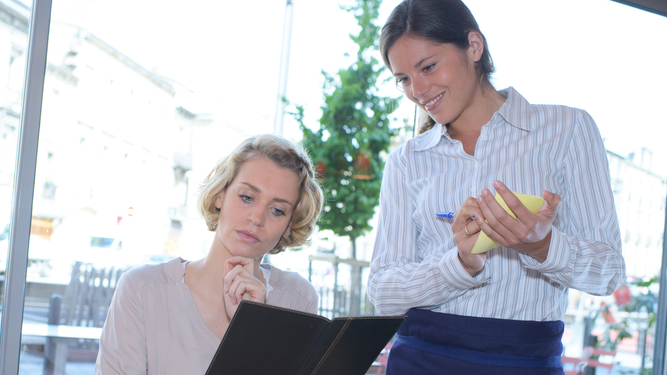 Donna Sheridan listened to customer Emma Bradford rattle off a list of more than 17 different food allergies, all which could surely not be real.

Sheridan said: “I was totally understanding of the first one – a nut allergy, sure. They’re pretty serious. Same with shellfish, although we don’t actually serve that.

“But then the list just kept going and going. Gluten intolerance, wheat intolerance – but aren’t they the same thing? And can you really be allergic to soup?

“Then she started going on about how she was allergic to latex. Luckily we don’t cover our cutlery in condoms to protect it before serving, so that’s not going to be an issue.

“It was like Joseph and the Amazing Technicolour Dreamcoat when he sings about all the colours in his coat. We get it – it’s a colourful coat. Stop going on about it.”

Bradford said: “I’ve diagnosed myself with many genuine allergies with the help of the internet. I hope she wasn’t wearing perfume. I’m allergic to that.”