Only thing that causes cancer is fags, Britain tells scientists

SMOKING is the only thing that causes cancer and everything else is fine, Britain has told annoying scientists.

Following new evidence that processed food increases the risk of cancer, Britons have laid down the law about what further claims they are interested, and not interested, in hearing.

“Red wine increases your risk of being middle-class, but not cancer. And isn’t necking a bottle of vodka every night dangerous enough, without throwing cancer into the mix?

“And with respect, even if Pot Noodles and Cup-O-Soup are carcinogenic, one look at the people who survive on those and cancer’s the least of their problems.”

Scientist Dr Helen Archer said: “One day, eating a bag of Pickled Onion Mega Monster Munch will be as socially unacceptable as smoking. 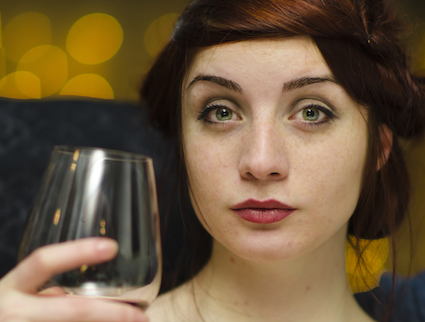 “PLEASE don’t think I’m refusing to engage with Valentine’s Day because I won’t be receiving any cards. It’s actually because it’s a massive pile of wank.

I hated it even more when I did have a boyfriend because then I had to play along with his attempts to celebrate what is essentially a capitalist’s particularly spunk-filled wet dream. I’d seem like a flint-hearted misery if I didn’t gaze at him with dewy-eyed adoration when he presented me with perfume that will never be used.

Being given lingerie was even worse. Anyone who essentially forces you into an unwanted bikini wax so you can dress up as a budget version of a Victoria’s Secret window display does not deserve your affection, on this or any other day.

And I’ve got no time for single people who moan about being on their own. If you have to mark the day, why not celebrate the joyous fact that you can watch a couple of episodes of Fargo in peace and then have a ‘sexy bath’ all to yourself.

Call me a cynical old harridan if you like, but Saint Valentine can shit off. “