Pandemic Obviously Not What You Thought It Was

THE World Health Organisation has confirmed that a pork flu pandemic is now imminent, raising fears that millions of people obviously have no idea what a pandemic is.

As confirmed cases in Europe leapt from probably 14 to possibly 19, officials said the very small number of people infected meant it was vital governments across the world were prepared to use the word 'pandemic' as often as possible.

Martin Bishop, from Doncaster, said: "I thought it was when millions of people were infected, bodies were piled outside cemeteries and doors were daubed with a big, red 'X' to indicate a 'house of the unclean'.

"But then I looked it up and sure enough it said 'Pandemic, noun – 19 people in four different countries, each with a slight temperature and a bottle of Lucozade'. So there you go."

Margaret Gerving, from Peterborough, said: "I thought we'd at least see some tanks on the streets and lots of government agents walking around in those scary-looking biological suits they wore in E.T.

"You know, 'cause they thought E.T. was contaminated with space germs."

A WHO spokesman said: "Just so we're all on the same page, a pandemic actually means that about 100 people in at least three different counties are all suffering from the same condition.

"We use the word pandemic because it's a combination of the ancient Greek words 'pan' meaning 'everyone' and 'demic' meaning 'frighten the absolute living shit out of'."

Julian Cook, from Stevenage, added: "Right. A hundred people. Three countries. Same condition. So that does that mean there's a pandemic of having a small bust of Queen Victoria stuck up your bumhole?" 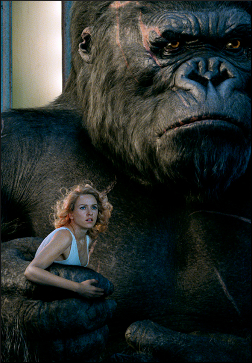