Pop was forced to act after the Advertising Standards Authority ruled that his television commercials for Swiftcover.com had misled more than 11 people.

The ASA said it was shocked to discover that the New York-based new-wave legend did not have a motor policy with the biggest insurance company in Woking.

Insurance industry analyst Julian Cook said: "When I saw the advert I have to say my first thought was not, 'I wonder if he really does have a policy with Swiftcover', it was, 'Oh dear God, Iggy Pop must be absolutely skint'.

"Personally I would be shocked to discover if the 12 people who complained were not in some way connected to Norwich Union, or whatever the hell they're called these days."

Meanwhile the ASA rejected complaints from more than 250,000 Iggy Pop fans who said they could simply not believe what they were seeing.

"I don't use it for business or commuting. It's really just for nipping to the shops two or three times a week, golf on Saturday mornings and, of course, church."

A Swiftcover representative said the premiums are likely to be a bit higher as Mr Pop has four points on his licence for driving while having home-made vodka injected into the base of his spine and fucking a frozen chicken.

Who Will Be The First Arsehole To Wear A Facemask? 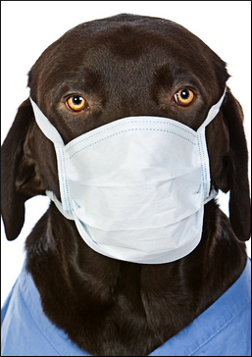 AS the number of confirmed pork flu cases in the UK soared into single figures, millions of people across Britain were last night wondering who would be the first arsehole to start wearing a facemask.

Online retailers have reported high demand for their utterly useless anti-pork flu kits, consisting of a flimsy surgical mask, some Kendal mintcake, a James Blunt CD, a novelty keyring and a cyanide pill.

Stephen Malley, a trainee accountant from Finsbury Park, said: "I think it's going to be this guy in my office called Geoff. He rides a bicycle to work and eats bananas at his desk. He's a prick."

Emma Bradford, a marketing assistant from Hatfield, said: "My friend Janet is pathetically melodramatic. She wore one during the foot and mouth outbreak in 2001 because she said it really accentuated her eyelashes."

And Roy Hobbs, a retired architect from Stevenage, said: "My wife's friends are all idiots, but I have a feeling it might turn out to be Harriet Harman, just because she's such an arsehole."

Experts warned that despite their uselessness, many arseholes will be tempted to walk around wearing facemasks and thinking they are in a film based on a Michael Crichton novel.

Dr Tom Booker, from Reading University, said: "Of course they're wearing them in Mexico. If I was in Mexico I'd be wearing one regardless. You can almost smell the fucking place from here."

He added: "If you've got the cash – and the back muscles – you could try walking around in a scuba suit, with a couple of oxygen tanks strapped to your shoulders.

"But really, the best way to stop pork flu is to get it, takes some pills and watch the telly until you don't have it anymore."