Pop videos to get IQ ratings

MUSIC videos are to be given IQ ratings to prevent frustration among the relatively intelligent.

Under new guidelines, music videos must display an intelligence rating at the start, giving viewers the option to turn off if they feel the inanity of the content may drive them to self-harm or an unbearable level of intellectual smugness.

The video for Katy Perry’s Part of Me, in which the singer joins a platoon of attractive female marines after seeing her boyfriend leaning over another woman, has been rated 50 IQ Points, or ‘suitable mostly for cretins’.

Dance Again by Jennifer Lopez featuring Pitbull, in which the singer writhes in a giant trough full of semi-naked people before turning silver, has been given an IQ level of 38.

French DJ David Guetta’s promos are rated between 12 and 23 IQ points – ‘liable to offend even the most rudimentary brain’.

“Often they open with the aftermath of a party, where models are lying around in states of undress with some farm animals running about, and then proceed to tell the story of the previous night, complete with angry parents, bikini-clad ‘cuties’ in a paddling pool and a breakdancing zebra.

Easter eggs all the same 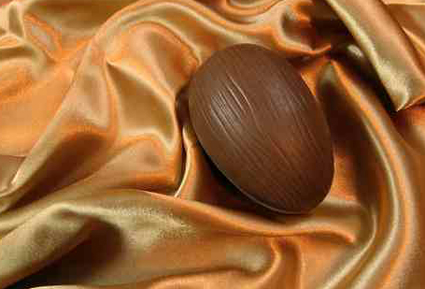 Pretty much every branded egg a generic chocolate oval with either ‘geometric’ or ‘wood effect’ pattern.