Reading Discworld backwards 'makes you want to kill yourself'

Pro-life groups who want to watch you die screaming said the novels contain subliminal messages that when read backwards reveal sinister commands including ‘stick a spoon in your head’ and ‘eat raw geese’.

Roy Hobbs, director of Hellish Pain Now, said: “Pratchett wants us all dead. His 39 books are at best a guidebook to the world of suicide and at worst a crude attempt to kill everyone in the world.

“The Discworld series is littered with back to front suicide suggestions. Especially if you read them out loud. In an Indian accent.

“Take this passage from 1998’s The Last Continent. ‘The wizards were civilized men of considerable education and culture’. Sounds perfectly harmless, even though it’s about wizards.

“But read it backwards in your best Indian and before you know it you’re rummaging through the attic for some knitting needles and a giant catapult.”

He added: “And even a child knows that if you take the third and fourth letters from each book title and rearrange them it spells out ‘strip naked, cover yourself in Shippams paste and punch a psychotic leopard in the testicles’.”

Hobbs and other pro-screaming organisations are to bring a civil case against Pratchett using elaborate courtroom presentations and testimony from the world’s finest talking backwards experts.

But Discworld fan, Julian Cook, said: “I tried reading one backwards once. I didn’t try to kill myself, but I did start shoplifting.

“Also, I did feel vaguely suicidal during Sky One’s adaptation of The Colour of Magic but I think that was caused by David Jason.”

Meanwhile, a new opinion poll shows that Britain is keen for the assisted-suicide debate to die peacefully, though some believe the pro-life campaigners should be given one final chance to explain in what possible way this is any of their business.

Fresh fears for Kate as she wears jacket twice 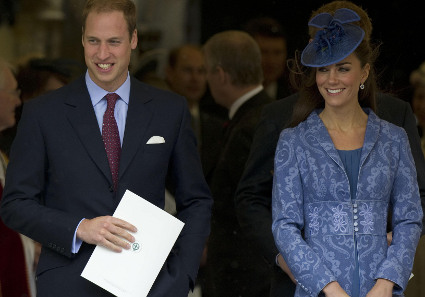 Friends say pressures of Royal life driving Duchess of Cambridge to edge of the abyss after she mistakenly wears a blue coat she has worn before.