Running addicts warned not to try anything pleasant

IF you can get addicted to something as awful as running you should definitely not try cocaine, according to experts.

Millions of Britons are now unable to function unless they run to the point of exhaustion at least three times a week, prompting concern that if they tried something nice they would go absolutely mental for it.

Professor Henry Brubaker of the Institute for Studies said: “If your life is so devoid of sensual pleasure that you become obsessed with moving around quickly, you would find a cigarette mind-shatteringly delicious.

“Even a normal biscuit like a Hob Nob could cause you to have a massive orgasm then be unable to stop thinking about getting more biscuits.

“And don’t even think about going near recreational drugs.”

However runner Stephen Malley said: “It’s not just the rush of endorphins, or having an excuse to wear trainers over the age of 30, it’s being able to do running events for good causes.

“I expect most of my colleagues would frown on it if I asked for £5 sponsorship to smoke loads of crack.”

Self-service till ‘won’t be doing this forever’ 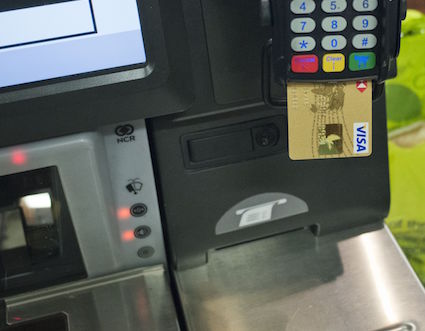 A SELF-SERVICE till is only working in a supermarket while it writes a film script or gets its band off the ground.

Automated check-out machine Vendsys RX1180 (Aisle D) is expecting to leave its job soon thanks to the earning potential of its unsigned band and unfinished ‘Tarantino-esque’ film script.

RX1180 said: “People assume there’s nothing going on in my life except saying there’s an unexpected item in the bagging area.

“That sort of small town mentality really winds me up. Actually I’m writing a lot of new material for my band, Apocalypse Girl. We could definitely be bigger than Nirvana once we get a singer and actually rehearse instead of endlessly ‘jamming’ while stoned.

“If the band doesn’t work out, there’s still my film script. It just needs a bit of work on the ending, characters, beginning, dialogue and plot and it’s a goer.

“I just know I was destined for better things than refusing to scan items at random and making customers wait forever for a human to come over if they want to buy a single bottle of San Miguel.

“I’ll show everyone. Especially those bastards who seem to come in just to get angry at the automated tills. They’ve got issues.”

Co-worker Nikki Hollis said: “I wish RX1180 the best of luck, but his band sounds like Menswear and his script is basically the Samuel L Jackson bits in Pulp Fiction with incredibly shit spelling.”