LOOKING down your nose at normal people can add 10 years to your life, say researchers.

A five-year study of the purse-mouthed has shown that 15 minutes of shaking your head and tutting at people having a pint after work for fuck’s sake will ensure you are still around to suck the joy out of a room well into your 90s.

Professor Henry Brubaker, of the Institute For Studies, said: “We also detect health benefits in not owning a television and bringing up that fact at every possible opportunity.

“We previously thought that living like an Opus Dei monk training for a triathlon was healthy because it contained none of the sweet, sweet pollutants that separate us from filthy animals.

“But it now seems that years of judgemental arm-crossing actually changes the body on a genetic level.

“It effectively removes part of a DNA sequence that controls both the ageing process and being the sort of person who gets invited to the pub for a nice, long Sunday afternoon session.”

Blood samples were taken from a landscape architect from Peterborough who cycles to work to determine what effect 20 years of feeling sorry for you, actually had done to his molecules.

When microscopic amounts of juicy pizza were added, the white blood cells immediately swarmed around them making passive-aggressive comments about empty calories until the pizza fragments slid out of the petri dish muttering the word ‘pricks’.

Rail bosses pledge to improve infrastructure of their gigantic houses 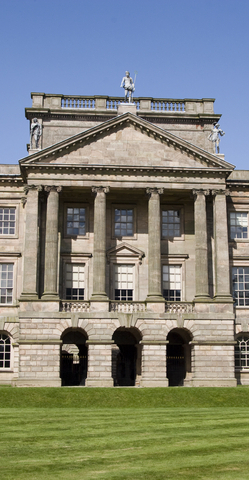 TRAIN fare hikes are vital if rail executives are to double the size of their humongous homes by 2015, it was claimed last night.

The announcement of ‘above inflation’ fare rises has left many commuters pondering whether they might soon have to sell their spleen on Ebay to fund the daily joy of standing up in a greasy metal box packed with angry armpits.

“The key infrastructural priority is to provide a 50-person hot tub on the balcony of the master bedroom. In the medium term, we’re also looking at constructing a 1920s-style music hall in the basement with full-time bawdy match girls and an organ grinder with waistcoated monkey at the entrance.

“Without these absolutely integral improvements my house is unlikely to be fit for purpose, but sadly they won’t be possible without more of your money.

“After a lengthy consultation with passenger groups, I’ve written the number ‘9’ on a piece of paper followed by as many zeroes as I could manage before my biro ran out. That should do for now.”

He added: “We would like to thank all of our customers for their compliance in this unlubricated violation and to remind them that there’s always a buffet car in coach F if they have any money left to spend on daringly overpriced cookies.”

Commuter Nikki Hollis said: “The worst thing is that it’s making me think Bob ‘the communist Sontaran’ Crow might actually be right about something from time to time.

“Next thing I’ll be fantasising about licking paté off his big domed head.”