SOMEONE on Facebook has been for a big run while you were lying in bed, it has been confirmed.

It is understood they initially did not want to get up for the run, but it was ‘worth it’ because they are now ‘very proud’.

The run was preceded by a breakfast consisting of ‘carbs’ which are ‘really important’ for someone going on a big run.

It has been confirmed the run is part of some ‘training’ which may or may not culminate in the person on Facebook taking part in an even bigger run with lots of other people.

Meanwhile, people on Facebook who stayed in bed until 11am have decided not to announce that to as many humans as possible.

The big run will be eclipsed at 4pm today when someone else on Facebook reveals they spent the afternoon going up a hill on a very expensive bicycle.

Corbyn celebrates two weeks of not being bumped off by MI5 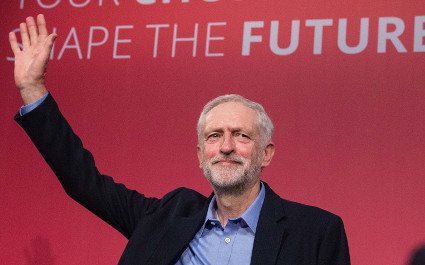 JEREMY Corbyn has celebrated his first two weeks of not being assassinated by the British establishment.

The Labour leader said his first fortnight in charge had been ‘stunningly successful’, based mainly on the fact that he was still alive.

He added: “I’ve not been nudged in front of a tube train or garrotted in a toilet cubicle in the House of Commons.

“And, much to my surprise, MI5 does not seem to have planted poisonous mushrooms in my allotment.

“Meanwhile, I would like to thank Peter Mandelson for his thinly veiled message to MI5, urging them to ‘wait and see’ before killing me.”

But Corbyn stressed he would not be complacent about MI5 and confirmed that Billy Bragg had ‘finally agreed’ to become his official food taster.