Swine Flu Slowly Catching Up With Diarrhoea And Hiccups

As the department of health turned the panic knob back up to seven, GPs said there was a danger that runny tummies and spasmodic diaphragms could eventually be outnumbered if the RAF carpet-bombed all of Britain's major towns and cities with water balloons filled with swine flu round-the-clock, for a fortnight.

A spokesman for the British Medical Association said: "There are currently about three million cases of hiccups, some of them very nasty indeed.

"Meanwhile there are about four million cases of diarrhoea, all of them very nasty indeed.

"There is even a handful of people who have diarrhoea and hiccups, and that's one of the worst combinations you can get. Probably even worse than toothache and plague.

The BMA is proposing three large digital counters at Piccadilly Circus in the centre of London to display a running total of Britain's swine flu, diarrhoea and hiccup victims.

The spokesman added: "If at any point the swine flu total overtakes one of the other two you will either shit yourself or be so frightened it will cure your hiccups.

"As for all the swine flu, there's a good chance that I have contracted it and then recovered from it at some point between the beginning and the end of this sentence."

News Of The World Readers Could Not Care Less 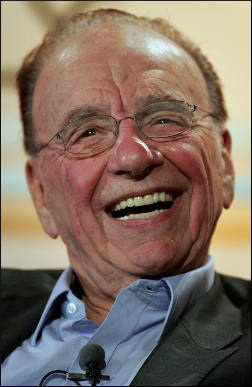 NEWS of the World readers have no interest in how the paper gets its celebrity sex stories, as long as it gets them, it was confirmed last night.

As the tabloid faced legal action from celebrities whose phones were tapped and Tory leader David Cameron stood by his beleaguered spin doctor, the paper's readership said its priority would continue to be all the stories about fucking.

Tom Logan, a reader from Grantham, said: "I think I would have been disappointed, perhaps even a little bit hurt, if they had not been tapping Gwyneth Paltrow's phone on my behalf.

"To be honest I've never really given much thought to how they get the stories, but I suppose on a sub-conscious level I've always just assumed it involved money and/or breaking the law.

"At least now I know the stories were all true, as if that's ever made the slightest difference. Anyway, I wonder whose been doing all the fucking this week?"

Margaret Gerving, a retired headmistress from York, said: "I had no idea who Andy Coulson was and I've been reading the paper for 35 years. But now I do know I would just like to say thank you very much for all the fuck stories."

She added: "In a way I do feel rather sorry for those poor journalists. Poring over transcripts of Gwyneth Paltrow going on and on about AIDS and tofu and Chris Martin crying when he orgasms would have done my frigging nut in."

Publisher Rupert Murdoch said: "I was shocked to discover that I even owned a tabloid newspaper let alone one that uses highly questionable and innovative methods to deliver page after full colour page of stories about celebrity intercourse and all for just £1."