IT IS in no way time for lockdown to end, but new car sales hit their lowest point since the war last month so the Tories believe the time has come to risk lives.

Here’s the pitiable freedoms you’ll be allowed from Monday morning:

Aimed squarely at Middle England voters who would happily see whole cities burn as long as their lamprocapnos is thriving. An inalienable freedom granted to us by the Conservatives because if there’s anything worth dying for, it’s bedding plants.

A nice way of telling Britons they can go and get wrecked in the park if they don’t have gardens, granting this freedom unfortunately takes away the police’s freedom to exercise petty authority by moving you on for no reason. And they’re really enjoyed that one.

Because Boris Johnson’s grasp of what ordinary Britons love to do hasn’t been updated since the Famous Five, he firmly believes we’re all missing picnics. If the number of families munching sausage rolls on check-patterned blankets doesn’t satisfy him, he’ll ban going outside at all as punishment.

The opening of a single ice-cream parlour in mid-Wales

The prime minister will proudly proclaim Paulo’s Ices in Dovey Junction, Wales open for business and be pictured enjoying a raspberry ripple in the hope this boosts the stock market. The fact that Paulo’s is open for an hour a day in one of the UK’s least-populated areas is irrelevant and the media shouldn’t mention it.

Accidentally introduced early, because it was meant to be held over until after the pandemic when the UK is desperate for tax revenue, smoking marijuana is now legal. As with all the other freedoms it’s irrelevant because anyone who wants to do it already does it anyway. 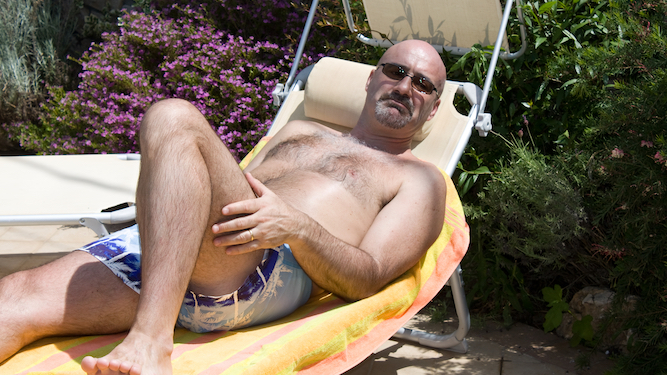 A NEIGHBOUR is playing Coldplay at full blast in his garden just as if the whole street were not at home with the windows open, unable to escape.

Martin Bishop put the band’s first album on his Bluetooth speaker, sat in a deckchair and opened a beer without considering the misery he was forcing on at least 12 other households.

Nikki Hollis said: “Is he f**king kidding me? I’ve done a whole morning’s homeschooling, my boss is giving me bullshit about a Zoom catch-up, I make it outside with a massive lunchtime gin and Yellow is on?

“Coldplay are bad enough at the best of times, but Chris Martin wanking on mournfully while you’re imprisoned in a three-bed semi is the worst part of this pandemic so far. It’s the kind of psychological warfare you’d associate with CIA black ops.

“I’ve obeyed social distancing for seven weeks, so I’m within my rights to go round there and smash his stupid speaker in with a spade. The whole street will thank me.”