WANDERING around your house in total darkness is the single biggest cause of serious headaches, a new study has revealed.

The results cast doubt on recent claims that headaches are caused by lightbulbs and could force the government to rethink its proposed ban on indoor light.

Dr Wayne Hayes, head of bulbs at the Lighting Institute, said the results were clear proof that turning the lights on was considerably safer than not turning them on.

He said: “Our experiments show that the use of low-energy light bulbs will trigger migraines and life threatening fits among a tiny minority of ill-bred weaklings.

“But try wandering about your house with no lights on. Hurts like a bastard doesn't it?”

Hayes said the precise nature of the link between severe physical damage to the person and a complete lack of visibility was still unclear, but might have something to do with the fact that people are unable to see in the dark.

He said: “You wake up in the middle of night and need the loo. You don’t want to wake the wife so you leave the lights off and make for the bathroom. What could possibly go wrong?

“Next thing you wake up in casualty covered in bruises, with your arm in plaster. And all because some horrendous cow left her bra on the floor and it’s now wrapped round your neck. Meanwhile the doctor thinks you’re the victim of a hate crime.”

2008 To Be A 'Litany Of Unremitting Shitness', Say Experts 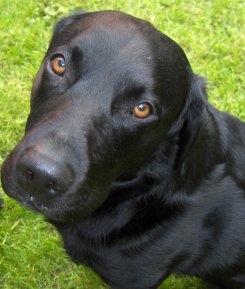 THIS year will start shit and then get shitter until it gets so shit that eating a shit sandwich will seem like a blessed relief, a leading expert said last night.

Professor Henry Brubaker, director of predictions at the Institute for Studies, said: "Everything you can think of will be much worse than you can imagine it could be, including dog farts and prime-time BBC1."

The Brubaker Predictions for 2008 include:

Brubaker also warned that unemployment will soar among the non-Chinese and everyone will get an unpronounceable disease after trying to distract themselves from their misery with night after night of anonymous, meaningless sex.

The few people whose private parts are not eaten by sex germs will fall victim to a virulent new human form of Venezuelan Cock Flu.

Brubaker added: "By early August most of Africa should have burned to the ground, while Pakistan will be threatening nuclear war after a dismal summer test series.

"Meanwhile the Americans will elect either a Mormon, an Italian or a ghastly woman.

"On the positive side, no one will be boring you to death about house prices, because there won't be any."

Chancellor of the Exchequer, Alistair Darling, said: "My New Year's resolution is to stop shitting myself three times a day."