Researchers at the Institute for Studies believe that unless the country thinks fast it will exhaust all of its options for failure within a fortnight.

Professor Henry Brubaker said: “The last week alone saw the UK’s ineptitude rating rise from ‘British cuisine’ all the way up to ‘penalty shootout’. At this rate we’ll need to invent things to go wrong.

“I thought we could delay screwing up the track and trace app until mid-June, but this week Matt Hancock cocked it up just as the government spunked all its political capital to save Dominic Cummings.

“All we’ve got left to make a pig’s ear of is the easing of lockdown and preventing a second wave. But it appears the government is working hard to make sure that nightmare scenario definitely happens.

“Oh and we’re still going ahead with Brexit. Still, at least Nando’s is open again.”

Six things to do with exactly six friends 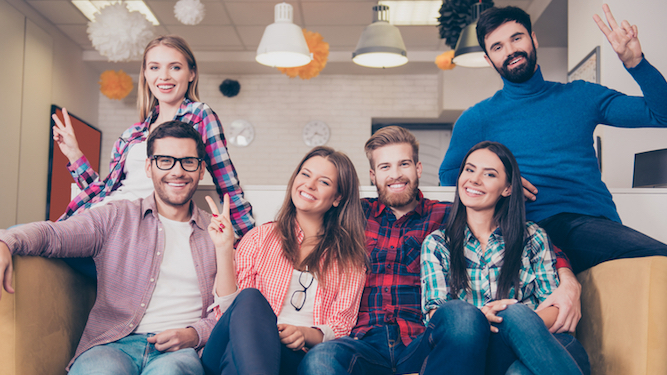 STILL allowed to meet in a group of six? You’re probably wondering – what can I do with exactly five other people? Here are some excellent suggestions.

With two people in goal, each team will only have one player to pass to, so it will be quite boring. Also it won’t exactly be difficult to know which player to mark. But, as with much amateur football, you might win thanks to the other team being unbelievably shit.

Everyone loved Cold Feet, so each choose a character and act out your favourite scenes. Just don’t pick Karen, though, because it was just really depressing when she became an alcoholic.

Pretend you’re at a tragic leaving do

Remember when the socially dysfunctional IT guy left your company and no one cared? Recreate a poorly attended leaving do by making awkward smalltalk and three of you leaving early to get pissed somewhere more fun.

You’ve got an ideal number for a D&D campaign with one of you as dungeon master. However if you are going to pretend to be Argolas, a 3rd-level Elven warrior-mage, don’t invite anyone you want to sleep with.

Enid Blyton invented the Famous Five and the Secret Seven, so there’s no reason you can’t be the Smashing Six. Take care when investigating smugglers, though. The modern ones tend be more into gangland heroin and cocaine deals and will blow your f**king head off.