MEN are continuing to enjoy not having to make small talk with their barbers on a monthly basis.

The UK’s males have agreed that scruffy barnets are a small price to pay compared to having an awkward conversation with a stranger while wearing a cape.

Martin Bishop said: “I only do things during the evening and at weekends so I have something to talk about at my next appointment. It’s a real relief not to have that pressure.

“Once I improvised and made up stuff about myself. Bad move. I was trapped in a web of lies for years and my hair was falling out in clumps because of the stress, which only led to more questions.

“The trick is to pace yourself. You don’t want to blow your load too early. Take some cue cards and save some meaty talking points for the halfway mark. Just make sure they don’t see them.

“When the salons open again I’ll stick to safe topics like football and beer, then whip out the perilous state of Hong Kong’s autonomy if the conversation dries up.”

Barber Tom Booker said: “I’ve learnt to tune out Martin’s droning and just say ‘Oh yeah?’ every 10 seconds. However I still ask him if he saw Spurs although he’s clearly not interested. It’s just a barber thing.” 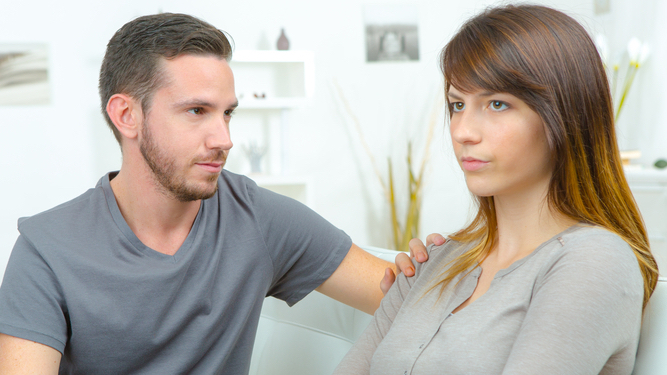 DOES your partner stare into the distance and say they’re fine, but in a worrying way? Here are five things that could be causing it.

The most obvious explanation is they’re plotting to kill you because you ate the last of the Onken cherry yoghurt. Cunningly, they were going to shoot you during an NHS clapping session, but now it will have to be plan B – stir liquid mercury into your tea and claim “That’s just how Redbush tastes”.

In their mind they’re on a beach or in an idyllic field with the least-dishevelled person from their daily Zoom meeting. Basically they’re with anyone anywhere except you at home slobbing out in your food-stained dressing gown.

They are not a middle manager for a dreary software company but a covert MI5 operative, pining for high-testosterone action in the field. That data storage conference in Bradford was a cover story for them thwarting a Russian assassination attempt.

Perhaps ‘Is there some deeper meaning to our fleeting existence?’. But to be honest they’re more likely to be musing on why that bee keeps flinging itself against the window or whether Deckard in Blade Runner was really a replicant.

They’ve remembered they left a chocolate bar in their desk drawer at work. How long does an Aero keep? Do the bubbles reduce its shelf life? How soon will lockdown end so they can go back to work and eat it, if they can remember the way to their office.