Use Jaffa Cakes instead of tampons, says Osborne

THE government has urged women to save money on sanitary products by using Jaffa Cakes.

Tampons are controversially taxed as a ‘luxury, non-essential item’, whereas Jaffa Cakes are VAT exempt in the UK.

Chancellor George Osborne said: ’You can get a box of 24 Jaffa Cakes for about a pound in most places, whereas tampons cost on average £2.

“You can maybe eat half of the box of Jaffa Cakes and use the other half in place of tampons.

“They have a soft, cake like bottom, so I’d imagine they would be absorbent to some degree. I would lick or scrape the chocolate off first because it might melt.

“Perhaps use two or three in a small stack for those days when you have ‘big stuff’ going on.”

Men with long hair far too into it 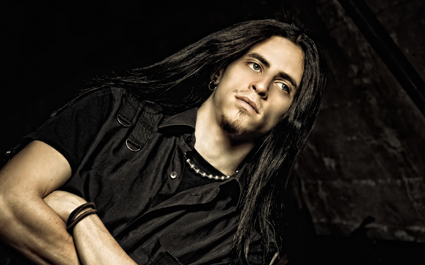 MEN are unable to have long hair without becoming preening narcissists, it has emerged.

Researchers at the Institute for Studies highlighted Russell Brand, Steven Seagal and footballer Zlatan Ibrahimovic as being entirely typical of male ponytail owners.

“His internal monologue is ‘Are they looking at it?’, ‘Should I switch products?’ and ‘I’d better swish my ponytail around because it looks especially lustrous today’.

“That’s ok if you want to a sportsman or the chosen-for-their-looks drummer in a fake-indie rock band, but in conversation you will not be as strong on non-hair topics.”

Long hair owner Stephen Malley said: “I am a fusion of the sexiest elements of man and woman.

“If my house was burning down and I only had ten seconds to save my girlfriend, I would just run outside to avoid damage to my hair.

“It’s what she would want.”