Want to feel old? Here's what you look like now

CURIOUS to see what the relentless passage of time looks like? Pick up a mirror and pay attention:

The shine of optimism has long faded. Years of struggle, grim headlines and doomscrolling social media has reduced your eyes to greying pebbles swivelling in sockets framed with crow’s feet. It’s only a matter of time until they become blackened coals like The Snowman has, in the cartoon you saw on its debut 39 years ago.

Your metabolism conked out ages back and now look at the state of you. Getting off the sofa sends your heart rate through the roof and belts are a distant memory. It’s almost as if going to the gym once every other month wasn’t enough to maintain the toned physique you took for granted as a teenager.

Assuming you’ve still got a hairline. In all likelihood your greying strands have already migrated downward from your head to sprout wildly out of your ears, shoulders and back.  You tried waxing them off once but it hurt and they just grew back thicker.

Despite wearing braces 20 years ago, your teeth are now as organised as crazy paving. Years of fags and coffee have given them a horrible sepia tint, like war footage. You could get them realigned and whitened, but then you’ll look like you’ve made an effort and will be horribly mocked by everyone.

A lined forehead and confused sneer are all classic signs that you look over-the-hill. Try calculating how long ago your eighteenth birthday was to get the most out of this expression of depressed disbelief. Remember: pulling back your pudgy skin to smooth out the wrinkles will make you look younger, but you can’t hold it in place forever. 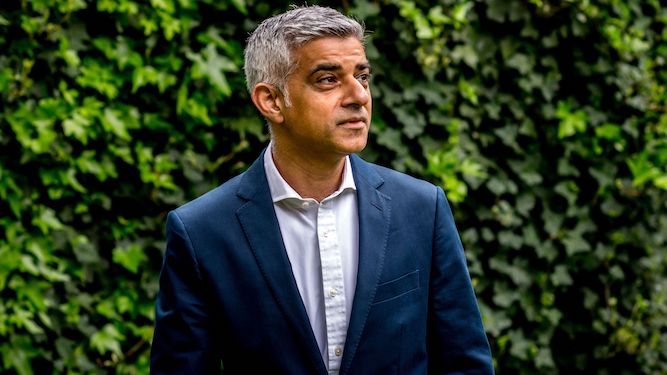 I’M SADIQ Khan, the Mayor of London who’s proposed decriminalising cannabis to piss Boris off. Come with me on a journey around my legal weed capital.

What a dazzling array of shows to see and shops to explore, but what’s this? An empty Angus Steakhouse? Why, what an ideal place for a cannabis dispensary! Imagine how we could rip off hopelessly befuddled tourists. Imagine how much more sense the M&M Store would make stoned.

An open-air space of skateboarders, food trucks, art galleries and experimental theatre could only be enhanced by pop-up vendors of artisanal legal skunk. I can see the buyers now: staggering down the river, stopping for a spliff on the Thames shore wondering if they’re the only one seeing the Shard, finally understanding what the f**k’s in the Turbine Hall at Tate Modern.

What truly marks you out as a member of the liberal elite if not retiring to the summerhouse for a couple of bong hits after your dinner party? And wouldn’t it be even more thrillingly metropolitan if it were Deliveroo or Uber Weeds bringing round a selection, not just a dodgy bloke in a puffa jacket who changes his mobile number every three weeks?

Coked-up City traders are the lifeblood of London, but their frantic antics have brought the whole country to the verge of total economic collapse a couple of times. What could be better for them than clouds of legal weed to pausing trading to watch a ladybird climbing a dew-soaked leaf in the haze of dawn?

South of the River

Weed is already legal here. We’d just be formalising it.

By which I mean the unimportant 99.35 per cent of Britain that isn’t London. Think how exceptional it would make us, in comparison. How jealous they’d be. How once again their best and their brightest would have no choice but to move here to smoke up. Because if London is truly about anything, it’s about draining this country dry.