We might be forced to talk to patients, say terrified senior doctors 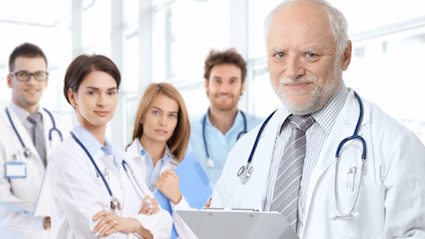 SENIOR doctors have condemned plans for strike action by junior colleagues because it may lead to them communicating directly with patients.

Hospital specialists and consultants say that after years of sweeping past beds discussing the suffering as abstract medical problems set by a vexatious examiner, they no longer have the skills to actually speak to them.

Dr Joseph Turner of Northampton said: “I mean, what would one say?

“I would honestly find it less disconcerting to have a chat with an aggressive tumour. At least I’m actually interested in them.

“The juniors can deal with the ‘emotions’ that these patients claim to feel, which don’t show up on their notes. I prefer them anaesthetised. The noise can be distracting.”

Student doctors have agreed that while they are happy to gather in huge groups and stare dumbly into patients’ most private orifices while taking notes, responding to sounds made by the larynx and vocal cords would not be appropriate. 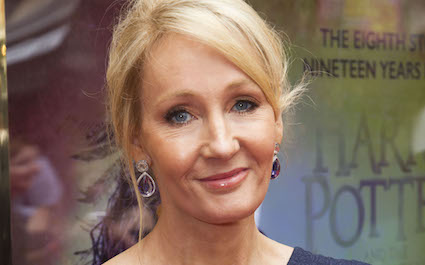 A LABOUR Party led by JK Rowling would win an election easily, according to voters who have maintained their grasp on reality.

Though condemned by Jeremy Corbyn supporters furious at her willingness to engage with the mechanisms of capitalism, the rest of the UK has agreed that she is exactly the kind of left-winger they could actually get behind.

Lifelong Labour member Nikki Hollis said: “I’m not the kind of genius who comes up with Miliband standing next to an obelisk of platitudes but I just feel like a leader with achievements beyond 40 years of impotent opposition might be good.

“Yes, she writes silly books about wizards rather than frivolous early-day motions about freeing Tibet, but she is hugely popular and that is still a bit important when persuading millions of people to vote for you.”

Corbyn supporters have called on Twitter to ban Rowling for being an ideologically-impure Blairite who shows unhealthy signs of wanting to do actual things that might help.

Eleanor Shaw of Islington said: “It’s hard, because I was really invested in her fantasy world before I realised Harry Potter is a Tory.

“But now I’ve just shifted that childish belief in an implausible hero who can defeat insurmountable odds by magic over to Corbyn.”