Whiplash test to involve removal of telly and crisps

ANYONE claiming to have whiplash will be denied telly and crisps for a week, as a test of their integrity.

As it emerged that there are around 1,500 whiplash-based insurance claims per day, medics have created a simple technique for weeding out feckless bullshitters.

“They sit on their arses, looking at Jeremy Kyle, putting fried potatoes into themselves and waiting for some piece of shit to hand them a quick money-making scheme.

“The simple way to weed these people out is to take away whiplash claimants’ television sets and snack foods for one week.

“If their neck really hurts, they will barely notice. But thousands will be forced to admit their lie simply because daytime crime drama and salty snacks are all they live for.”

Former liar Julian Cook said: “I cracked on the second day. I couldn’t handle staring at the empty wall where there once was telly.

“I’m sorry for what I’ve done. My neck is fine, brilliant in fact, please don’t ever take away the plasma again.” 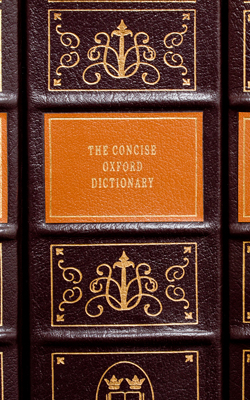 THE editors of the Oxford English Dictionary have included a series of ill-advised words after speaking to cruel teenagers.

New additions to the OED include ‘madchunkle’ which researchers were told is ‘a slang term for attractive girl’ and ‘dunchy-wunchy’ which means ‘anything that is cool’.

Corduroy-clad dictionary compiler Roy Hobbs said: “I actually got bullied at school for being a physically fragile grammar and vocabulary obsessive.

“But nowadays dictionaries are cool and I’m constantly interviewing madchunkles about the latest dunchy-wunchy street parlance.

“At the rate I’m going to be up to my proutons in katingle.

18-year-old street slang consultant Emma Bradford said: “I actually feel a bit bad about this, but it’s too late now.”

Roy Hobbs added: These hip new words will finally lay to rest the misconception that were a bunch of nerds who sit around all day making obscure jokes about Latinate suffixes.

“We only do that on Friday afternoons.”