Homeworkers being sexually harassed by themselves

PEOPLE who work from home are routinely coercing themselves to perform inappropriate acts, it has emerged.

Research by the Institute for Studies found that 93% of home workers had enticed themselves into a sex act at some point over the last week.

Professor Henry Brubaker said: “Victims of self-harassment are left with a crippling sense of shame that means they have to spend the remainder of the day watching music videos on YouTube.”

Self-employed database consultant Tom Booker said: “At first I thought I was a nice guy, funny and well-adjusted.

“But I just wouldn’t leave myself alone.

“I started showing myself pictures on the internet. Initially it was just mildly salacious beach photographs of Miranda Kerr walking her dog, but it quickly escalated.

“Half an hour later and I was bent over the ottoman in a way I’m not sure I consented to.”

Mary Fisher, a novelist from Bermondsey, recently won £12, 872 in damages from herself.

She said: “I’m going back to work in an office, away from my collection of tawdry latex toys.

“I’m be much safer from my base urges when I’m surrounded by real men, who are generally very off-putting.”

Britain 'incredibly proud' of man who fell out of building 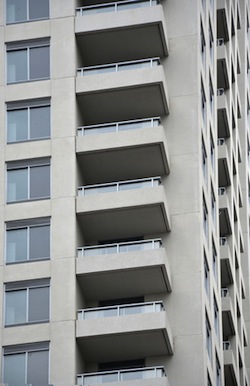 BRITAIN is still a world-leader at producing people who can fall out of buildings, it has been confirmed.

The 15-storey plummet of Tom Stilwell has silenced critics who claimed the country was past its best at hurtling unaided towards the ground.

Prime minister David Cameron hailed Stilwell as the ‘latest in a long line of heroes’ and said he was just what Britain needed in a non-Olympic year.

He added: “It can be very difficult to feel British when our cyclists, equestrians and Mo Farah are not taking part in meaningful competitions.

“But we are all standing a little bit taller today thanks to Tom’s decision to use balconies instead of stairs.”

But experts said Stilwell’s victory was undermined by the fact that he had to go all the way to New Zealand to fall out of a building.

Trainer Martin Bishop said: “Tom is a very skilful young man but it proves that we need to do more to encourage our home-grown talent to fall out of British buildings.”

Bishop called for more investment in state of the art facilities, including tower blocks with balconies just far enough apart so that you think you might make it.

Meanwhile, Cameron has invited Stilwell to a Downing Street reception for non-Olympic year heroes including an old woman who drove the wrong way down the M4 and a man who nail-gunned his foreskin to a bookcase.