A WOMAN who asked for a smoothie-maker for Christmas has found the perfect place for it to be stored and forgotten about.

Helen Archer, 29, has been pestering her boyfriend to buy her the LifeJuice 9000 since August, despite knowing she will talk about it obsessively for two weeks before placing it carefully in the cupboard under the stairs.

Archer said: “I love the idea of being healthy, especially at Christmas when I feel like an obese yak. I’ll start harping on during Christmas Day about how much I’m looking forward to my new juice diet. But it’s all bullshit.

“I’ll spend the week between Christmas and New Year researching healthy blended soups, but without actually making any because it’s still the holidays which means I need to be hammered by 2pm every day.

“And on January 6th I’ll make a green drink from some horrific combination of vegetables and realise the whole thing has been a pathetic waste of time and money.”

She added: “Next year I’ll want a thing that makes courgettes like spaghetti, because for some bloody reason I’ll have decided I don’t eat enough courgettes.” 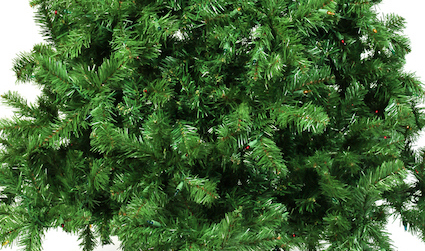 BRITISH Christmas trees have said they cannot face being in living rooms after such a hellish year.

Having been put into the loft in a world where EU membership, sanity, Bowie and about 45 other national treasures still existed, the trees said people will just have to celebrate Christmas without them.

Nikki Hollis, a four-year-old, six-foot artificial pine, said: “If you think I’m going to stand there with glittery deer hanging off me while the news is on on the background you must be off your fucking head.

“If you want a totem to arrange your presents around, why not pick something more appropriate like a big binbag full of horse shit?

Tree owner Wayne Hayes said: “I tried to get my tree through the loft hatch and it spread its branches like a cat trying to be dunked in a bath. It fired so many needles into my eyes that I gave up after an hour and bought a clothes drier to decorate instead.”