A WOMAN has given up her bid to look good on a one-week holiday in favour of a summer full of drink and bacon, it has emerged.

Donna Sheridan, a teacher from Cheltenham, embarked on a diet that guaranteed a ‘fit and firm summer body’ within three months, but abandoned it after realising it was utter bollocks.

Sheridan, 33, said: “Every magazine implied that if I didn’t have a ‘summer body’ on holiday people would react like I was a wild boar in a bikini.

“The diet plan I chose said I should cut out everything that is a pleasure to eat, not drink alcohol and do excessive amounts of painful exercise.

“However, after three days I realised I was missing out on the bits of life that I really enjoyed and quickly cracked into a litre of cider and quite a lot of sausages.

“The only good thing about the plan was that it said it would help me to relax and clear my mind, but my boyfriend pointed out that you can achieve that just as easily by getting hammered and falling asleep in the sun.”

Breakfast actually third most important meal of the day 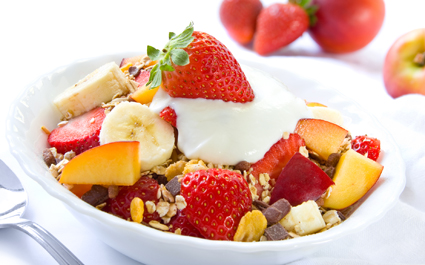 BREAKFAST is the least important meal of the day, it has been confirmed.

The morning meal has enjoyed artificially elevated status due to efficient PR spin, but can be easily skipped because it is largely pointless.

Professor Henry Brubaker, of the Institute for Studies, said: “The most important meals of the day are, funnily enough, lunch and dinner. You know, actual meals

“Not a piece of hot bread or some bits of wheat with milk inexplicably poured onto them.”

Until the early 1990s, breakfast was widely accepted to be just something to do while reading the paper in the morning.

It was considered inferior to elevenses, a mid-afternoon snack and a midnight feast, which prompted a radical re-think of its marketing strategy.

PR executive Julian Cook said: “My company came up with the slogan: ‘the most important meal of the day’ but it was based on absolutely no solid facts, so we never thought anyone would buy it.

“We were staggered when people started parroting the phrase idiotically as if it were some kind of divine wisdom. It’s a piece of toast, for fuck’s sake.”