A WOMAN has ensured she will keep to her health regime by paying a hitman to shoot her if she fails to lose three stone by the end of June.

Eleanor Shaw, from Didsbury, who has previously failed to lose weight on the Atkins diet, Weightwatchers, the Cambridge Weight Plan and a raw food regime, took the drastic step of hiring a professional killer because she has a wedding to go to.

She said: “No cheat days for me or I’m looking at the wrong end of a sniper rifle. That’ll keep me honest.

“I’ve tried the whole gym thing because £50 a month would make sure I went, but then I just stopped bothering. I did Weightwatchers because the shame of admitting I’d put weight on in front of all those women would make me lose it, but I stopped turning up.

“Well, there’s no way I can get out of this one. If I’m even one pound over then I’m in the cross hairs and bam! He’s sworn on his family’s honour. Better get on the cross-trainer!”

Friends expect Eleanor to do well up until Easter, then to abandon her diet and just act like the whole hitman thing never happened. 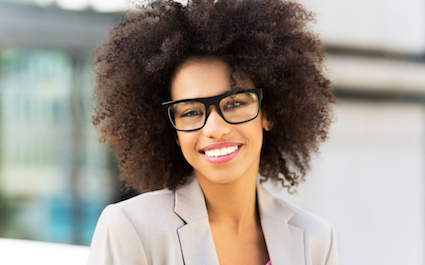 A WOMAN who works as a ‘brand optimising consultant’ actually leads a nightmarish hand-to-mouth existence, friends have noticed.

Emma Bradford’s impressively-titled business appears, according to witnesses, to involve working incredibly long hours for horribly demanding bastards then chasing them to pay her.

Friend Tom Booker said: “Her website is like wow. But last month I had to lend her £100 so she could buy food.

“Honestly, hear her talk about what she does and you’d think she was being jetted around the world by blue-chip companies delivering wisdom to 54th-floor boardrooms, not ringing around crap local firms begging for work.

“She’s so in love with ‘going it alone’ and ‘leveraging her skillset’ that she hasn’t noticed she’d earn more watching repeats of Taggart all day on the dole.”

“Fluctuating revenue streams are a natural part of the business cycle. And now I’ve closed the deal with Gary’s Pizza ’N’ Chicken Hut I can afford to buy a second pair of trousers.”