A WOMAN has instantly become a hideous crone upon reaching her 40th birthday.

Helen Archer, from Sunderland, awoke this morning to find herself a wizened hag with pendulous breasts, leathery skin and pronounced facial warts.

She said: “I felt that I looked reasonably good throughout my 30s so it’s a bit of a shock to say the least.

“I suspected something might happen on my 40th as apparently it is ‘the big one’ but I’d never expected it to be so extreme. I suppose I just have to accept that I will forever be shunned from society and focus on casting spells to make cattle fall ill.

“Men no longer desire me, and even advertisers will only be interested in selling me age-defying skin cream.

“I was going to yoga twice a week but now there doesn’t seem much point.”

Archer’s partner Martin Bishop said: “Even animals are scared of her, so I think we’ll be staying in and cooking cauldron-based meals.

“It’s a shame that this happens to women, especially when there are so many hot 39-year-olds around. I suppose they’re a bit like butterflies or something.”

Trump extends ban to anyone who doesn't like Bryan Adams 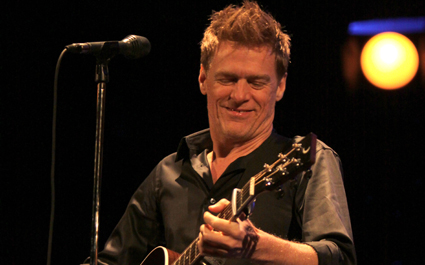 PEOPLE who do not appreciate the music of Bryan Adams are banned from entering the United States, Donald Trump has confirmed.

He said: “I Do It for You, from the Prince of Thieves soundtrack and also featured on Adams’s seminal 1991 album Waking Up the Neighbours, is the pinnacle of human culture.

“I sing it to myself in the mirror every morning while exfoliating, which was when I realised that anyone who can’t quote a verse from this masterwork is not fully human.”

Thousands are currently in holding pens after failing the ‘Adams Test’ which includes questions on the Canadian singer’s hits including Run to You and When You’re Gone.

Mary Fisher, from Liverpool, said: “They asked me what year Summer of ’69 was realised and I said ‘1969’ just because it seemed logical. Then then showed me pictures of two men and asked which one was Bryan Adams and which was Kevin Bacon.

“Now we are in a room with no windows.”

Despite international condemnation, Trump insists that the ban will remain and added that he also takes a very dim view of people who haven’t seen the Jean-Claude Van Damme film Kickboxer.