A WOMAN has admitted that the main reason she is having a baby is to quit the booze for nine months.

After failing to complete Sober October, Dry January or any random period of seven days off the drink for three years, Emma Bradford felt that pregnancy was her only option.

She said: “When the Saturday morning hangovers are lasting whole weekends, you’ve got to make a change in your life. And what could be a more positive change than a baby?

“I haven’t touched a drop since. It’s the perfect detox, a really cute detox with teeny toes and tiny fingers that will give me lots of cuddles and call me mummy.

“Of course I’m being sick more than I was when drinking, and I wet myself when I laugh, and I get the munchies worse than I did on lager, and I’m arguing with Steve even more than we used to at 3am both hammered.

“But it’s really good I’ve given my body time to recover and flush all those poisons out. And it’s meant I’m extra excited for the baby to arrive.

“Breastfeeding? No, I’ve decided not to. He’ll be on bottles. As will I.” 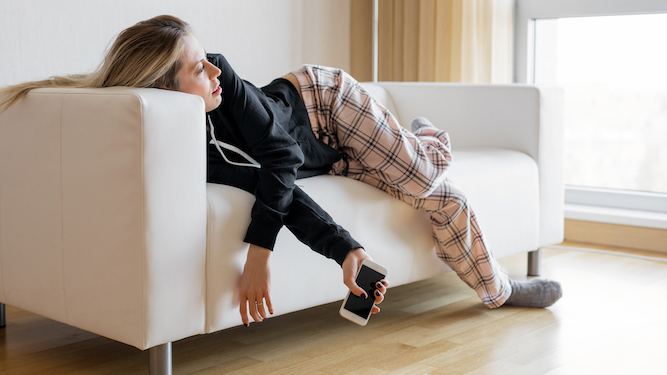 FOR the third year in a row a woman has paid the entry fee for a half-marathon she will not actually run.

Francesca Johnson, aged 32, has signed up to run the Northamptonshire half-marathon with the best of intentions but, as previously, expects to find her training time taken up with shopping for the right jogging pants and eating crisps.

She said: “Nobody can take my achievement away from me. Least of all the race organisers who’ve never even met me.

“I’ve estimated a sub-two-hour finish time, I’m using the tote bag, I’ve compiled a motivational playlist, and I’ve got the sponsorship form in my desk drawer along with last year’s and the year before’s. Running it’s the least of it.

“In 2017 I couldn’t unfortunately turn up on the day because of emotional issues, and in 2018 I was going to run but I’d strained an ankle ligament driving the car, so it’s not like I haven’t got solid excuses.

“And also there’s the weather. And work. So arguably I’ve actually made more effort than whoever won, who really should be ashamed of themselves.”

She added: “I’ve kept all my race numbers to remind myself how close I’ve come. I’ve got a really good view of them from the big armchair.”