Working on the rule that if it is liquid, it is allowed, Carolyn Ryan also enlivened a ‘spinach energiser’ drink by packing her Nutribullet with profiteroles, cake mix and beef dripping.

Ryan said: “Instead of adding protein powder to my spirulina shake, I added a lasagne. Does exactly the same job and doesn’t taste like weeds.

“If you want it to retain the look of a green juice, just add a few shots of absinthe. It gives you a bit of a hangover but I shake that off by blending up three bacon sandwiches when I wake up the next morning.”

Ryan has gained two stones since starting her regime but puts that down to her body “adjusting to the detox process” and definitely not the 12 liquidised Jaffa Cakes she calls a “Citrus Spritz”.

Couple who have massive screaming rows believe it's healthy 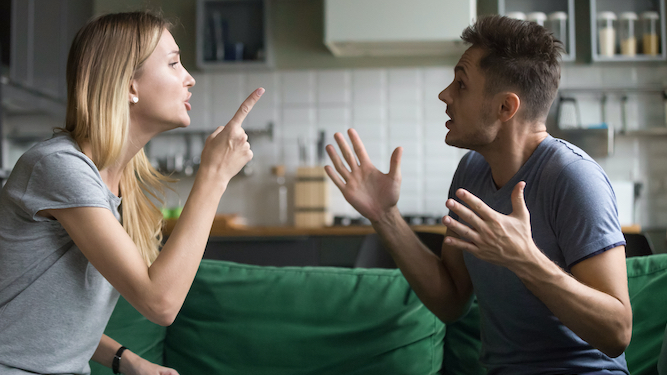 A COUPLE who regularly have loud, angry arguments and scream ‘I hate you’ believe it is a sign of a healthy relationship.

Lauren Hewitt and Jordan Gardner pity couples who do not slam doors, threaten to burn each other’s clothes and shout ‘F**k you bitch’ outside pubs, because their love is clearly not strong enough.

Lauren said: “Our friends Jim and Georgia barely ever have rows. She saw me yelling ‘I hope you f**king die, you dickless freak’ at Jordan and was all like ‘Oh my God, are you splitting up?’.

“Imagine having a partnership that weak. She says Jim never throws her handbag out into the street at 2am while screaming ‘Whore’, not even after a drink. That’s a love that’s afraid to be tested.

“It’s because me and Jord are capable of having a row so vicious that the neighbours call the police that I know we’ll always be together.”