A WOMAN who hates her job has realised that it does at least stop her eating all the time she is awake.

Emma Bradford, a 24-year-old marketing assistant, has been back in work since Monday, has barely eaten chocolate all day long since, and has already lost two pounds.

She said: “It’s kind of an inspired dieting tool. I literally get paid not to eat.

“There’s no way you can inhale a whole stollen before lunchtime at the desk, with stuff to do and people watching. Also it’s awkward pulling out a family-size bag of Kettle Chips, and the canteen doesn’t serve mulled wine.

“And they look at you funny if you wear a grease-stained bathrobe, so work indirectly motivates you to get dressed, too.

“The downside of this new work-diet plan is that you have to dick about with spreadsheets and go to meetings and it’s all totally futile and pointless, but no less so than a juice diet or giving up carbs.

Seven sci-fi things we should have by now but don't 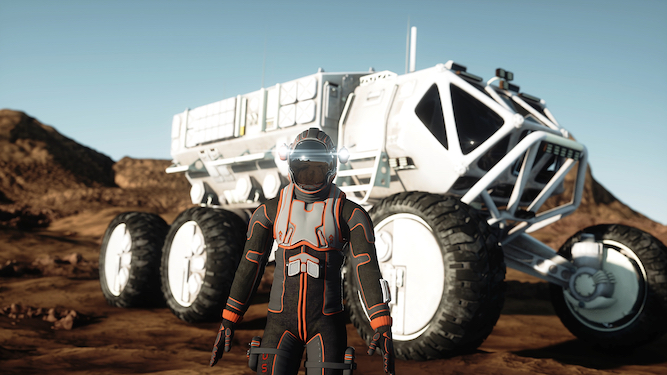 BY this point in the 21st century we expected to be driving around Mars in spacesuits while robots do all the work. But we’re not. Here’s seven other things we’ve been deprived of:

A couple of food pills from your belt dispenser and you’ve had your nutrition for the day, leaving you free to jet about in a perspex helmet. Instead everyone’s obsessed with eating and being first to roast purple yams has societal value.

In the proper future, everyone watched great sports where the participants killed each other. From Rollerball to Death Race to The Running Man, slaughter was entertainment. In 2020, VAR checks whether Wilfried Zaha has bruised his ankle.

Amazing communicators that do everything

Imagine a little device that could communicate with anyone, provide any information, buy things, call transport, watch films and tell you where you are. They all have them in the sci-fi movies. All we have are sodding iPhones.

Not that we really wanted it, but 80s kids grew up expecting to eke out an irradiated living from the poisoned post-apocalyptic land. It feels wrong not to have done at least a couple of years.

Where’s our purple glowing shots that switch our mind with some kind of Arcturian hyper-monkey for two days? There hasn’t been a new drug since E.

In fictional 2020, you tell your hover-cab driver ‘You don’t blizbek me as a typical Venturi transvek klon’. In our 2020 the only new words are sh*t like ‘Brexit’, ‘The Goop Lab’ and ‘stan energy’.

A f**king moonbase, even

It wouldn’t even have to be a good one. Just a few domes linked with tubes, a rocket pad, a buggy and a rotating international staff. Just to say we had one, when the aliens come.