You could reduce drug use instantly by just f**king off, Britain tells Tories

THE UK has told the Conservatives that they could halve drug use at a stroke by going away and never coming back.

Experts believe that, after an initial euphoric surge, use of cannabis, cocaine, ecstasy and ketamine would be reduced by a minimum of 50 per cent as Britons no longer felt the need to blot out reality.

Pharmacologist Dr Helen Archer said: “And it’s not just the illegal ones.

“Alcohol use would drop precipitously, Viagra prescriptions would fall as Remainers found themselves joyously able to achieve erections again, and you need fewer sleeping pills when you’re not living in a nightmare.

“People would spend more time outside in the fresh air, but now they will be savouring the wonderful British countryside instead of looking for mind-altering fungi.”

Home secretary Amber Rudd said: “We want you fully sober so you can feel every little bit of what we’re doing to you. It’s not as satisfying with anaesthetic.” 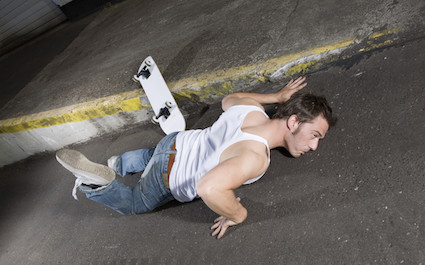 BRITAIN was cheered yesterday as a man on a skateboard fell hard on his face while trying to ‘ollie’ up a kerb.

32-year-old Tom Logan, from Peterborough, was wearing wraparound shades and a ‘Hard Grind’ vest at the time of the accident, which only heightened everyone’s pleasure as his cheekbone hit the tarmac.

56-year-old Norman Steele said: “What with cutbacks, job losses and high street shops forced to close, this area’s not had an awful lot to smile about these past few years.

“But seeing this fella, who’s been clattering up and down raising everyone’s blood pressure for ages, finally come a cropper has given us a much-needed boost.

“It was marvellous to see everyone, no matter what age, colour or religion, crowding around gleefully as the skater lad asked someone to call an ambulance because he’d thought he’d twisted his knee.

“I think it says a lot about the character of people round here that no one did.”