20% Of Americans Think Obama Is A Talking Car

ONE in five Americans believe that President Barack Obama is a car that can talk, according to a new survey.

It is the latest blow to the beleaguered commander-in-chief who has struggled to connect with mainstream America and convince them that he is a person not a vehicle.

The survey found that more than half believe the president was manufactured in either Japan or South Korea and arrived in Atlantic City on board a large freight vessel in 1993.

Forty-eight percent think he is a mid-price sports coupé with high levels of equipment but poor reliability. And among those who believe he is a talking car, more than 70% claim he uses a refined mid-Atlantic accent, while 23% insist it is a fuzzy, robotic monotone.

Martin Bishop, deputy chairman of the Republican National Committee, said: “I would just like him to have the courage to produce his birth certificate so that we can see once and for all what kind of car he is.”

Stephen Malley, a sales executive from Atlanta, said: “I read that he just sits around all day drinking Castrol GTX and smoking reefer. Our president is a poorly maintained foreign death trap that talks hippy dippy shit about moonbeams.”

And Tom Logan, an electrician from Pittsburgh, added: “He sleeps in a garage and his full name is Barack Mitsubishi Obama.”

A White House spokesman said last night: “The president has been in cars. Many of his relatives and even some of his friends can drive cars. The president actually quite likes cars.

Helen Archer, an estate agent from Bloomington, Indiana, said: “I wouldn’t necessarily choose a car as president, but if he is a car then I’d certainly prefer him to be one that can talk.

“The last thing this country needs right now is one of those silent, menacing cars like Christine or Herbie.”

He's Not Really Going To Use That Money For A Bus, Is He? Asks Scottish Government 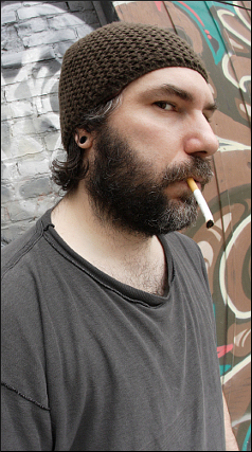 THE Scottish government has conceded that the dishevelled young
man it gave 50 pence to last year has probably spent it on
drugs or alcohol.

Ministers said the man had seemed genuine in his appeal for bus fare and that the situation was given added urgency as he had to get home in time for his daughter’s birthday party.

Justice minister Kenny MacAskill said: “I saw no reason to doubt his story. He had obviously not had much sleep – I assume because he had missed his last bus the day before and then been up all night with worry after his wallet was eaten by that horse.

“His fatigue had also clearly caused him to fall into a hedge because there were scratch marks all over his forearms.

“And in a desperate bid to get some sleep – and be nice and fresh for the party – he had obviously found it necessary to drink at least two pints of whisky.

“It was also very apparent that he had been unable to find a suitable place to urinate during the night and had eventually been forced to use his own underpants.”

He added: “However, it has now been a year and despite giving him my name and address, I have still not received my cheque for 50 pence.

“I am now beginning to suspect that there was no bus. And I’m also beginning to wonder if this gentleman even has a daughter.”

MacAskill admitted his legal options were limited and that the money was ‘probably gone for good’ but stressed the next time he was asked for bus fare by a tired, drunk, urine-soaked man he would be sure to take their name and address as well.