Africans Disappointed To Discover $100 Laptops Are Not Full Of Food

COMMUNITIES across Africa have revealed their disappointment that the new $100 laptops contain no nutritional value.

The scheme, organised by western technology companies, is designed to give young Africans the chance to play Tetris before their village is burned to the ground.

Meanwhile, as broadband is rolled out across the continent, millions of Africans have been surprised to discover it is a sophisticated communications network rather than a big pipe full of rice.

She added: "You have a beautiful food mountain in Europe, yes? Any chance I could work my way through $100 worth of that?

"I promise I will then write a presentation about how hungry I was using the latest version of Microsoft Office."

Twelve year-old Robert Otengwe said: "I am very much looking forward to using my laptop to order fresh bread and vegetables from Amazon.

"Tell me, do they deliver to Chad and do they accept payment in tiny pebbles?"

Wayne Hayes, spokesman for the $100 Laptop Foundation, said: "At first they will probably be used by local warlords to plan genocide more efficiently and divert aid money to Switzerland. But eventually these laptops will allow millions of Africans to order cheap DVDs."

He added: "Should we sell laptops to Africans, rather than just giving them free food? That's a big philosophical question isn't it?"

Most Willing To Lie About Green Lifestyle Changes 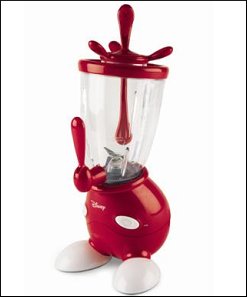 MOST people are ready to tell enormous lies about the personal sacrifices they will make to halt climate change, the latest Daily Mash poll reveals.

Our survey asked: “Would you give up your 4×4, foreign holiday, luxury consumer goods, and dishwasher to save the planet?” More than 80% said: “Absolutely, yes”.

We then asked: “Would you really give up your 4×4, foreign holiday, luxury consumer goods, and dishwasher to save the planet?” More than 80% said: “No, actually, I wouldn't, come to think of it.”

Alexandra McLeish, 48, a mother of two, said she would happily give up her Maytag ZigZag fridge freezer and Electrolux Iron Aid tumble dryer to preserve the planet for her young son and daughter.

When we offered to take them away on an electric truck she said: “You will have to prize them from my cold dead hands you motherfuckers”, and barricaded herself in the kitchen with a shotgun.

Bill McKay, 36, from  Reading, said: “I would personally sacrifice my mother and father, wife and three children if it meant I could replace my PS3 with a Nintendo Wii and fly to Thailand for sex tourism.”

He added: “It would work out better in the end, because I will be able to offset my kerb crawling.”

He said: “There are billions of poor Chinese people who don’t have big cars, adequate sanitation, central heating or electric light. If we could just keep it like that then I can have a Range Rover Sport. What exactly is the problem?”

But Yen Xiao, a farmer, from Jiangsu Province in China, said: “If it’s alright with you, I would still quite like a FUCKING FRIDGE.”