Airbnb 'best way to have sex in a stranger's house'

AIRBNB has been confirmed as the best and most legal way couples can have sex in a stranger’s house.

The website, which allows people to rent a property that is always 20 per cent less nice than it looked in the pictures, beat off competition from a work colleague’s house party and show homes when the estate agent has to use the bathroom.

Sexual intercourse fan Donna Sheridan said: “In the past we had to break into a neighbour’s place when we wanted to have sex in an unknown house. But with Airbnb we can just book it online and then be at it in an hour.

“I find being surrounded by a stranger’s collection of mediocre spy paperbacks and framed photos of them up a mountain on some sort of trek very arousing.”

Airbnb user Martin Bishop said: “When I stay in an Airbnb I have to have sex on every available surface, like an animal marking its territory.

“The worst bit is meeting the host, and they’re helpfully showing you where the local museums and nice restaurants are on a little map but you just want them to go so you can start rutting like a beast.” 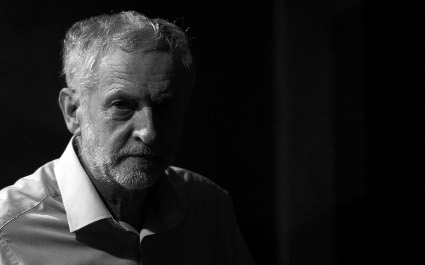 JEREMY Corbyn’s two-minute silent walk, as shown on Sky News, is to be expanded into an 18-hour black-and-white experimental film.

Filmmaker Anton Corbijn, a distant cousin, will follow the Labour leader from Westminster out of London and up the A5 to Northampton, beginning at 6pm and ending, exhausted and bleeding, at noon the following day.

Corbijn said: “It begins on Parliament Square, where Jeremy is being interviewed by ITN and they ask him a question he doesn’t like.

“He stares, unspeaking, then turns on his heel and begins walking briskly up the Mall headed north being trailed by news crews pleading for answers for hours, falling by the wayside one by one until the BBC finally give up at Potters Bar.

“Through the night the only sounds are Jeremy’s metronomic footsteps, the traffic on the M1 thundering past, and at one point he says ‘Bugger’ when he loses a shoe.

“By morning, the sun rising over the distant spires of Leighton Buzzard, it’s impossible to turn away as the camera circles his angelic beard against a cobalt sky.

“Finally, he arrives at his destination, opens his mouth to speak and we smash cut to a black screen and the credits.”

The film will debut at the Cannes Film Festival and, because it is left-wing and unwatchable, is widely tipped to win the Grand Jury Prize.