All this fuss over one dickhead

THE world cannot believe that all this fuss is being caused over one mumbling, egotistical, incoherent dickhead.

The US Capitol was stormed by rioting protesters yesterday with American democracy facing its greatest threat for more than 100 years, all for a former reality TV star with delusions of superiority.

Ryan Whittaker of Manchester said: “Seriously? There are people advocating violent overthrow of the United States government for a man who was on the receiving end of a Stone Cold Stunner at WrestleMania 23?

“Yes, he did tell a gang of armed insurrectionists to walk down to the Capitol with him yesterday, but only after he’d boasted about how much Oprah used to like him for five minutes. Worth it?”

Grace Wood-Morris of Dublin agreed: “This f**king goggle-eyed clown? Okay I get it, you’re right-wing, you’re angry, you like pointing guns. But couldn’t you find anyone better?

“Guys. A soft-handed whining septuagenarian millionaire obsessed with his TV ratings is not the leader you’ve been waiting for. Man. Now I understand why Germany ended up with that prick Hitler.”

'I'm thriving in lockdown!' and other phrases no one needs to hear right now 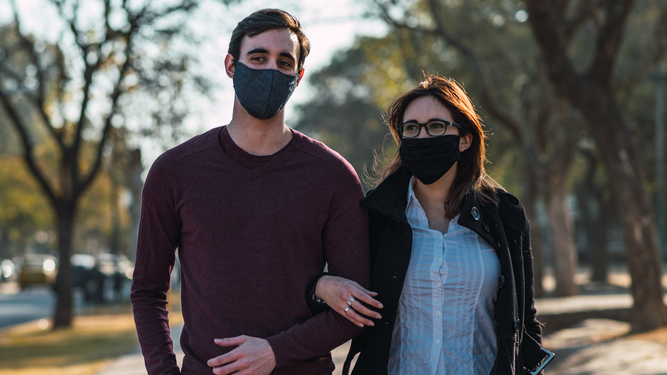 WITH 2021 getting off to a miserable start, here are some tone-deaf phrases to use if you want to make the situation even worse.

Staying cooped up indoors for weeks on end isn’t a competition, but this self-congratulatory phrase makes it sound otherwise. It’s even worse if it’s a total lie and you’re not teaching yourself oil painting and just drinking during the day while watching Homes Under The Hammer.

‘Got any New Year’s resolutions?’

In normal times this is a terminally dull thing to say, in 2021 it’s downright insulting. How can you be expected to better yourself when you’re only one gloomy daily briefing away from going back to bed indefinitely? After a few more months of lockdown the only resolutions you’ll be trying to stick to will be things like ‘Have a shower more than once every 10 days’.

Usually asked by a frustrated gym fanatic who’s now having to burn their excess calories by asking annoying questions. Shut them up by saying you haven’t shared your Strava route on Facebook recently because you’ve injured your knee – not because you sold your running shoes to buy a PlayStation 5.

This unwelcome reminder of the other shitshow we’re facing is really just a way to silence Brexit critics. However you can’t silence reality, so if you’re sufficiently pissed off, mention one of the many emerging Brexit problems like food supply disruption in Northern Ireland.

‘When this is all over…’

This was something you could say with a degree of optimism in Lockdown 1. But with every misguided government initiative and Rita Ora party that mythical end point keeps moving further away. Plus it makes it sound like we’re in a war, and situations don’t get much less cheerful than that.