America warns that when UK quits Europe it will probably invade

THE US will probably invade Britain when it leaves the EU, according to senior White House sources.

Current and former US Treasury secretaries have confirmed that Brexit will be followed by drone warfare, airstrikes and a ground invasion to install a US-friendly regime.

Treasury secretary Steven Mnuchin said: “It’s nothing personal. It’s just what we do.

“You’ve got oil, the tribal leaders in Scotland and Wales are locked out of the democratic process, and your despotic ruler viciously abuses his own subjects while living in the lap of luxury.

“We’d go for a UN resolution first, then destroy the symbols of the tyrant’s regime like Buckingham Palace and Westminster, then move in on the ground.

“After that you get a few months of looting, then a puppet government, and usually within the year public order has broken down completely and it’s street warfare and three decades of intermittent bombing.”

Norman Steele of Portsmouth said: “I reckon I’ll become a militia fighter. They always seem to be having fun in jeeps.” 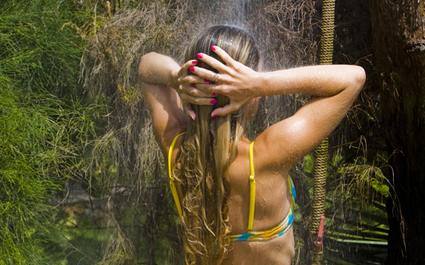 A WOMAN has launched a campaign to ban microbeads as soon as she has finished a particularly expensive bottle of shower gel.

She said: “I absolutely agree that microbeads are being washed down the drain and ending up adversely affecting the marine ecosystem. But what they perhaps have not considered is the human cost of the ban, for example if someone who got an Elemis gift set for Christmas still has half the body scrub left.

“All I’m asking is for a grace period of three to four months to finish this bottle, after which I’ll be behind Greenpeace 100 per cent.

“Otherwise I’ll have to pour it down the sink.”