ORDINARY Americans have warned Scotland the momentous change it is being sold is total bullshit.

But Alex Salmond is so obviously different from all the others

With Scotlands vote for hope and change too close to call, Americans who can remember 2008 laughed, but in a really sad and painful way.

Bill McKay, from Greensburg, Pennsylvania, said: I voted for Obama, even though I was pretty sure he was Kenyan.

But all the other presidents weve had were American and the vast majority were shit. So I thought lets see how it goes with a Kenyan fella.

He was smart, confident and gave good speeches about hope. But then it turned out that speeches arent actually the same as life.

McKay added: That said, I have just bought myself a new car. Its a 1992 Buick Fandango and its awful.

Bethany Gordon, from Greensburg, Maryland, said: Looking back, Im kind of embarrassed. It’s like I was part of a cult.

So now, whenever I meet someone who thinks politics is the answer, I remind them to shut their idiot face or I’ll set my dog on them.

UK fine with Islam if you could get pissed 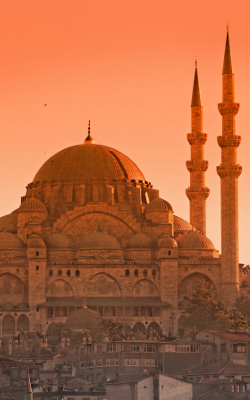 BRITONS would be happy to live under strict sharia law if they could get drunk, a survey has found.

The Institute for Studies found that apart from not being able to drink alcohol, most Britons broadly agreed with the bits of the religion that emphasise oppression, brutality and forcing everyone else to agree with you.

Professor Henry Brubaker said: If you dislike the gays and think women are a bit full of themselves post-feminism, Islam has a lot to offer.

Obviously praying five times a day would be a major change in most Britons daily routine, but if it gets you out of work for ten minutes then theyll be up for it.

And 94 per cent of those surveyed agreed with chopping hands off shoplifters, rising to 98 per cent if they got to do the chopping themselves.

Teacher Tom Logan said: I have a big beard, Im always ready to hear conspiracy theories about the Jews, and Id like someone to pick out a wife for me because I can’t really tell women apart.

Youd think Id fit in a treat in downtown Riyadh, but I wont give up real ale or bacon.

So if Mohammed or Allah  whichever ones in charge  could just make a few changes to that bit, then count me in.