As Kevin Rudd ousted Julia Gillard three years after she ousted him, outside observers said that is exactly what politics should be about, all the time.

Martin Bishop, a newspaper reader from Stevenage, said: “Politicians need to stop devoting so much time to things like government and ideas. They’re incredibly bad it. However, the constant scheming and plotting as they attempt to destroy one another is absolutely brilliant.

“At the moment Australia is like Crimson Tide, the classic submarine mutiny film starring with Gene Hackman and Denzel Washington.

Winter fuel cash for expats to be stopped because it's idiotic 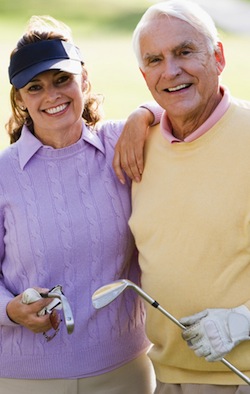 RETIRED British expats in Southern Europe will no longer get winter fuel payments because it is an incredibly stupid thing that should never have happened, it has emerged.

For years the expats have received the same allowance as UK-based pensioners and then spent it on sun glasses and mosquito repellent.

Now the government is set to cancel the payments after realising that it was the sort of thing a five year-old would look at and think ‘what arsehole came up with this fucking nonsense?’.

A spokesman for the Department for Work and Pensions said: “In general, benefits for wealthy pensioners are utterly dense.

“But if you tell a rich 65 year-old that he can have a free buss pass, then he will actually use it. To go for lunch somewhere really nice with his rich retired friends.

“Anyway, eventually we looked up one of these weather websites that has average temperatures for various places and we realised that southern Spain doesn’t really get that cold.

“Thank goodness we checked otherwise we would never have realised how completely moronic we were being.”

Bill McKay, a retired engineer who lives on a gated estate near Marbella, said: “I usually spend it on mangoes which I have for breakfast on the terrace in the middle of February.

“What if we called it it a mango allowance? Would that make it seem less stupid?”