Barack Obama Is Not A Chimpanzee, Confirms White House

AMERICA breathed a sigh of relief last night after the White House confirmed that President Obama is not a chimpanzee.

Earlier this week a newspaper cartoon depicted police shooting dead a chimpanzee with the caption, 'They'll have to find someone else to write the next stimulus bill' causing widespread concern that the president may be some kind of ape.

A White House spokesman said: "The New York Post cartoon was based on two seemingly disparate news stories – the stimulus bill and the shooting of a violently disturbed chimpanzee by police in Connecticut.

"Based on our investigations, we have established that the New York Post is a populist, conservative newspaper that has doubts over the stimulus bill.

"Its cartoonist clearly believes the bill is so flawed it could have been written by a chimpanzee, or perhaps some other animal such as a pig or a donkey.

"However he has chosen a chimpanzee because that enables him to tie it in, rather cleverly, with the other news story, thereby enhancing both the cartoon's relevance and entertainment value.

"Indeed, if the police had gunned down an angry Connecticut donkey then we may well have been dealing with a donkey-based satirical drawing."

The spokesman added: "I've discussed this issue with the president and he stressed that the cartoon animal looked nothing like him and was clearly a reference to the now deceased New England chimp.

"He also stressed that as he is president people really don't need to be quite so mental about this sort of thing any more." 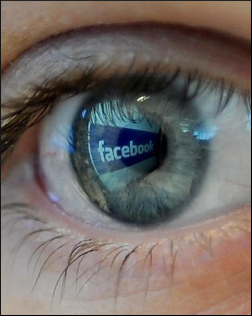 FACEBOOK users were celebrating last night after the social network abandoned its bid to copyright the mind-numbingly tedious details of your pointless life.

He said: "It does just seem to be a lot of cat pictures, a smattering of furious extremists and some people who have taken time to tell the world that they're about to head off to the gym."

He added: "Rest assured, all content will remain the copyright of users. This of course means we will be cancelling talks with Paramount about making a Jim Carrey vehicle based on your Friends of Scrabulous night out in Watford."

The decision was welcomed by Nikki Hollis, founder of the online campaign group OMG!1! Facebook want to totally own us. WTF?!?!.

She said: "Everyone tells me I should make a film about all the random stuff I do and now it can happen. A guy I shagged last week works for E4 and said I could completely be a character on Skins."

A threatened boycott of the site never materialised. John Gage, an estate agent from Carlisle, said "I was going to delete my profile, but then realised I would have no other way to fill the cavernous gaps between fag breaks.

Meanwhile a spokesman for rival site Twitter confirmed all messages will remain the intellectual property of its users, adding: "Bizarre as it may seem, there's not a huge market out there for gobshite haikus."